Bob Moon: Many South Africans are welcoming a U.S. Supreme Court move that effectively allows them to sue companies accused of profiting from apartheid. So many justices on the high court report conflicts involving their own business interests, that they were forced to let stand an appeals court allowing the cases to proceed.

Gretchen Wilson: Victims of South Africa’s old apartheid regime are celebrating this morning. They say tens of thousands were killed and tortured under apartheid, while the millions of the country’s black majority were economically disfranchised. The plaintiffs say these companies profited, while propping up the apartheid government and its security forces by supplying oil, weapons and technology support.

One of the groups seeking compensation consists of 55 thousand survivors of human rights abuses. The director says many affected by the violence remain destitute and struggle to reintegrate into South Africa’s economy 14 years after the end of apartheid. She says members of the group are seeking damages. And she is hopeful that the new development will force the companies to come to the negotiation table. 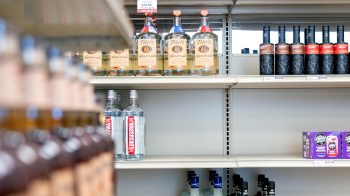