It’s not just your e-mail that gets scams

It’s not just your e-mail that gets scams

Renita Jablonski: Last year the Federal Trade Commission received more than 220,000 complaints about Web-related fraud. With all the focus on Internet spam, we may be forgetting about the good old fashioned hard-copy junk. Sally Herships reports.

Sally Herships: I recently got spammed. It was the usual thing about a distant relative who died leaving me millions. What was unusual was it showed up in my mail box — the real one. I wondered: Are consumers getting better at detecting e-mail scams? Are criminals turning back to traditional mail? How can regular mail spam possibly be cost effective? I decided to go straight to the source. (sound of ringing phone) I called my spammer.

Problem was, once I told him I was a journalist, he didn’t want anything to do with me. (sound of disconnected phone) Hello? Hello?

So, I decided to talk to Sally Greenberg, Executive Director of the National Consumers League. She says certain crimes like fake check schemes are on the rise. In fact, she just received a bad check for 17 grand.

Sally Greenberg: It looks legitimate. There is nothing counterfeit-looking about it and it’s drawn on a regular bank and it came overnight mail. It’s the kind of thing that has the markers of legitimacy and very, very tempting to put it in the bank.

The scam works like this: You receive a fake check. Your bank cashes it and the scammer then asks you to cover “taxes” or “fees.” By the time your bank finds out the check is no good, the criminal is long gone. Greenberg says the average loss from scams like these is $3,000, certainly enough to keep spammers in paper and envelopes. Jim VanDyke is the founder of Javelin Strategy & Research. He says people need to remember old rules even when they switch to new technologies.

Jim VanDyke: They’re being more vigilant about the electronic channels and they’re not paying attention as much to the old fashioned ones.

What they really want are your personal details, and they’ll do whatever it takes to get them. But Vandyke says most people lose their identity when they lose their personal effects. So if you want to play it safe, leave your checkbook at home. 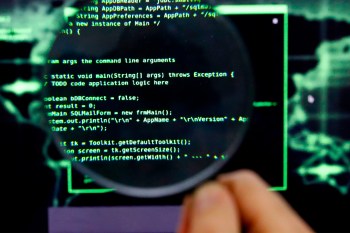