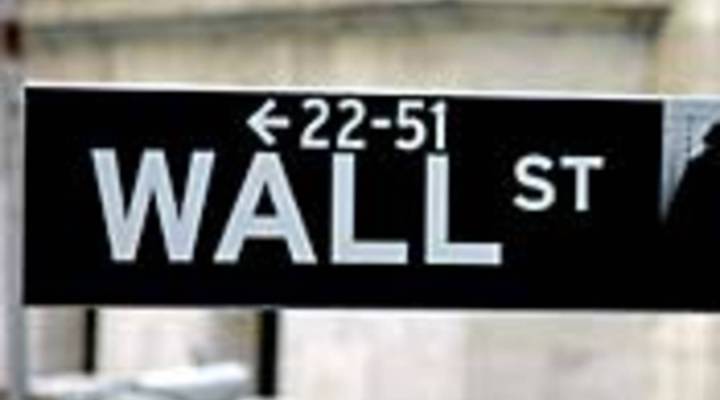 TESS VIGELAND: Time to check the week on Wall Street with stockbroker and business analyst David Johnson in Dallas, and my friend, I guess it is not April anymore.

DAVID JOHNSON: No, in fact, in fact, you know maybe it’s time to play this game again that we play sometimes.

JOHNSON: Sell in May and go away.

VIGELAND: Yeah, you know, but I wish I had sold at the end of April, before this week came to us.

JOHNSON: Yeah, well come to think of it, back in October would have been a good time, too.

VIGELAND: Well, that would have been much better, yes.

JOHNSON: I don’t know. You know, this is just screwy. Now take today for example. So the billboard is “Another triple-digit loss on Wall Street, as the Dow plunges 120 points.”

VIGELAND: That were down, yeah.

JOHNSON: Yeah, and oil, the drumbeat of oil, I mean five days in a row. It’s just, you know, it’s just enough to make you wish there was a weekend nearby.

VIGELAND: Yes, well fortunately there is, and you mentioned oil hitting, what, $126 a barrel today, but Goldman Sachs came out earlier this week and predicted that we may soon, by the end of the year, see $150, $200 a barrel.

JOHNSON: You know, I want to, I want to, let me just pause a minute and thank you for reminding me of that day.

VIGELAND: Well, and Wednesday also seemed to be the day that we started hearing potential bad news about AIG, and indeed today, a report of a $7.8 billion loss. Is this ever going to end?

JOHNSON: Yeah, everybody knew those earnings were coming.

JOHNSON: And everybody had a sense that they were going to be bad, and we needed, we just needed to get through one round of not having some numbers that were even worse than expected, and honestly, we didn’t do that.

VIGELAND: Well, let me ask you about one thing though. We also had figures this week showing that consumer credit, people are spending more money.

JOHNSON: Well yeah, and we’ve seen a lot of that.

VIGELAND: How is that possible?

JOHNSON: But this one, this one was really deep, and this is the one that I think may reverberate around, is that consumer, consumers borrowed at the strongest rate in, in I think it was four months.

JOHNSON: Outstanding credit of $12 or $15 billion, and you worry, at some point, you know, you crossover and it’s not just spending money on, you know, extravagant items, big screen TVs, but it’s when you have to use those credit cards to buy milk and eggs and gasoline. That’s the sign that it’s really getting bad, and that’s what you don’t want to see.

VIGELAND: Alright David, time to go home. It is Friday.

JOHNSON: Have a good weekend, Tess.