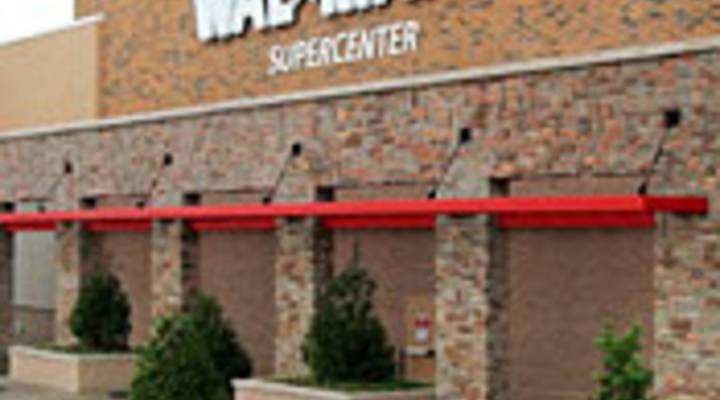 Scott Jagow: Wal-Mart closed its original hyperstore in Garland, Texas, yesterday. That was the first one that combined food and retail. But it won’t be closed for long. It’s reopening today as the company’s first Hispanic Community Store. Stacey Vanek-Smith has more.

Stacey Vanek-Smith: The Garland Wal-Mart will offer fresh tortillas. Spanish-language music, movies and games will be the rule. And the in-store bank will specialize in money transfers. It might seem strange to rebrand a store when the economy has hit the skids, but it’s smart timing says Phil Lempert, editor of Supermarketguru.com

Phil Lempert: When a bad economy hits, what you’ve got is people looking for value. And value isn’t just price. It’s a combination of price and service and quality and relationship. And if you can put together that right formula for a big enough group of people, you’re going to be successful in a recessionary time.

Lempert says supermarkets are madly trying to distinguish themselves. He says Whole Foods has done a great job appealing to the wealthy, health-conscious crowd, and supermarket chain Vons is working to match individual stores to local clientele. And now, he says, Wal-Mart is catching up, catering to the booming Latino market.