Survey: Who does more housework?

Survey: Who does more housework?

Lisa Napoli: We all know that romance doesn’t come cheap. Then, of course, there’s marriage. As gender roles have melded together over the past 40 years, so has the balance of power in the household. Frank Stafford’s an economist at the University of Michigan. He’s studied that essential ingredient in every home: housework.

Frank Stafford: Well, the new finding actually is we looked back to 1996, where we had single women, single men living on their own, had never been married before. And then as you go forward 10 years to 2005, some of the women had gotten married and their housework went up from about 9.5 hours a week to 16 hours a week. But what’s different is that if you look at the young men, the bachelors had gotten married, their house work went by up about 2.5 hours.

Napoli: So, to be fair, married men are doing more housework then they were before, it’s just still not on par with women.

Stafford: That’s right. Way, way back 40 years ago, for married women housework was truly their occupation. They were putting in 40 hours a week doing housework. Today it’s probably down to 20-25 hours a week, which is still a lot.

Napoli: Inequity seems to start early, because you’ve studied the chores and kids, and it looks like the boys get money for the chores more than girls do, yet girls still do more of the housework.

Stafford:Yeah, that’s actually a pattern that’s pretty intriguing. And what’s interesting, as you just mentioned, the girls aren’t told to do the housework. They aren’t specifically said, “Well if you don’t do housework, you don’t paid.” But yet they do. So, you don’t have to make an explicit arrangement to convince your teenage daughter to do more housework, compared to your teenage son.

Napoli: Most of the men who been hearing me talk about doing this interview with you, just deny that this could possibly be the case in their household. Have you anecdotally noticed that as well.

Stafford: Yeah. There is a little bit of a bias. Men tend to report more housework hours than they do when you get a better measure of their housework. But the other thing that is important when I’m talking about the housework I’ve been talking about, it’s called core housework. And so, if you have a broader definition — core housework plus doing the lawn, fixing the car, home projects — men’s hours per week more or less double from an hour a day to two hours a day. But the only point that’s important there is that most people enjoy gardening and yard work. Whereas washing dishes and doing the everyday, no one really enjoys doing that as a highly enjoyed activity.

Frank Stafford is an economist with the University of Michigan Institute for Social Research. 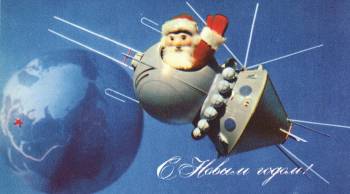