Grain elevators hold on as prices go up

Grain elevators hold on as prices go up

The commission’s chief economist said this afternoon we can’t blame speculators for high food prices. Instead, he says supply problems and higher energy costs are to blame.

Crops like corn and wheat have jumped 50 percent or more in the past year. Those prices are hitting everyone in the food chain, including a group stuck squarely in the middle of it.

Adriene Hill: The wide open fields of Illinois farm country are pretty flat. Just a few objects tower above the horizon: iconic red barns, a radio antenna here and there and grain elevators.

Though perhaps a mystery to most city dwellers, these massive collections of silos play a pivotal role in getting food from farms to the grocery store. They often store grain for farmers until they’re ready to go to market. Sometimes grain elevator managers will contract to buy a farmer’s harvest before it’s even been planted and then resell it on commodities exchanges.

The relationship works well for the most part, but higher grain prices are starting to strain things.

Alan LaMore manages Farmers Elevator Company in Manteno, Illinois, just southwest of Chicago. He watches through a large window as a truck loaded with corn pulls up outside.

Alan LaMore: OK, this here is a farmer coming off the farm. We get his weight and we’ll take a sample.

He radios the staff outside.

LaMore: Since I know who most of the people are coming across the scale, I’ll let them go across the scale and dump their grain and while they’re gone, I’ll enter their names in here.

This farmer is planning to store his corn for now. Other farmers will sell LaMore their crops outright.

The grain elevator doesn’t make money back on the crops until they’re sold again to food producers, so it’s dependent on credit from a bank to tide it over until the sale, but as commodity prices climb, grain elevators need to borrow more money. A lot more.

Grain elevator manager Jerry Rowe says he’s borrowing four times as much as he was just two years ago.

Jerry Rowe: We’re dealing with more money then we’ve ever dealt with before in the history of the industry, but we’ll get through it. There are margins to be made out here.

This is how those margins work: Suppose a grain elevator contracts with a farmer now and promises to pay $5 a bushel for this year’s corn harvest. The grain elevator can then turn around and sell a futures contract for that corn for, say, $6 a bushel. By doing that, the grain elevator locks in profit and protects itself against loss.

Rowe: As a quote, somebody else had said “How are you sleeping in markets like this?” and it’s like a baby: I wake up every two hours and cry!

According to the National Grain and Feed Association, many grain elevators are in Rowe’s position — borrowing far more than they have in the past — and if banks refused to extend more credit, it’d be bad news.

Right now, agriculture banks don’t seem to be feeling the credit squeeze other lenders are, but Illinois Department of Agriculture’s Stuart Selinger says grain elevators are on shaky ground and the broader economic downturn isn’t helping:

Stuart Selinger: I believe the economy as a whole is affecting the availability of capital. People are looking at companies much closer before they’re deciding to issue a loan.

The U.S. Department of Agriculture is paying attention. It’s sending examiners out to talk with a sampling of five dozen grain elevators to make sure they’re financially solvent.

Still, a grain elevator in the Southern part of Illinois recently failed. Another in Nebraska filed for bankruptcy this month. But Selinger says it seems most grain elevators are getting the money they need from banks.

He says the industry is on pins and needles, hoping that grain prices don’t go too much higher. 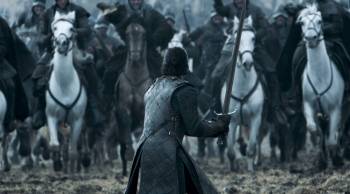