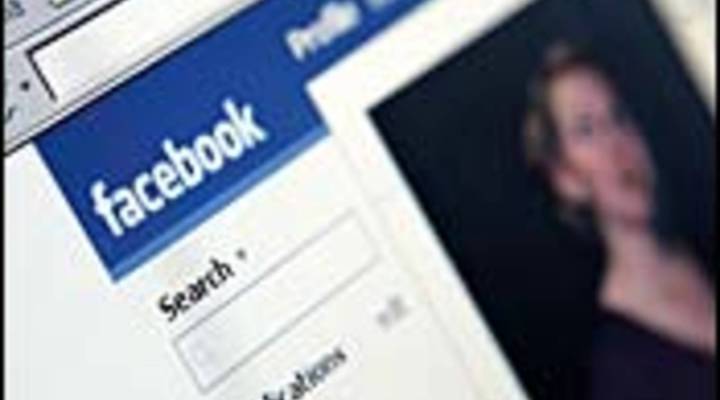 TESS VIGELAND: Investors can get all googley-eyed over Google again. Today the search engine announced a 31 percent spike in profits for the first quarter. There had been some speculation that the company was having trouble because ad clicks were down. So much for that.

It took Google a long time to figure out how to make money off of all of its users. Now another set of Internet businesses is in exactly the same position: social networking sites. MySpace, Facebook, etc. So we sent Stacey Vanek Smith to do an appraisal.

Carew says MySpace has become a kind of job site for composers and musicians. She’s had film directors from all over the world contact her, listen to her work, and even hire her through the site.

CHRISTY CAREW: People get in touch with me and I just start networking. They tell someone else about me, they come to my profile. It’s kind of something that, I don’t want to say you have to have, but you kind of do.

Five million musicians currently do, and MySpace is trying to cash in on them with its new online music store. The company hopes its special relationship with the music community will help MySpace Music compete with iTunes.

But “cashing in” is something social networking sites haven’t quite figured out. Morningstar analyst Larry Witt says so far most of the profits are potential profits.

LARRY WITT: People are expecting, you know, huge growth opportunities, which may be there. But it seems doubtful that Facebook, for example, is worth $15 billion today. It’s almost impossible to justify.

Declan McCullagh: IBM, GE are valued about two times revenue. But Facebook is off the charts, it is valued at approximately 100 times revenue.

And McCullagh points out three years ago News Corp. bought MySpace for half a billion dollars and it’s profits aren’t much higher than Facebook’s. Still, MySpace and Facebook do have nearly 200 million users and that has to translate into cash somehow, right?

KEN WILBUR: I think we get that here a little bit. Stage one, attract a whole bunch of users. Stage two, we’re not sure, we’ll try advertising, we’ll maybe try charging them for giving little cartoon puppies to each other. Stage three, profits.

Hanft says for now it’s a lot more effective to buy an ad on Yahoo Travel or Web MD, where you know what the user is looking for, rather than posting an ad in a place where people just want to chat with their friends. And all that personal information people post about their lives, their jobs and their interests?

News.com’s McCullagh says that’s a whole other can of worms.

Facebook tried tracking users’ online purchases and broadcasting them to friends, then charging companies for that publicity. But users threw a fit and Facebook rolled it back. But even if the sites could sell that information, it might not be very valuable, says USC’s Ken Wilbur.

Wilbur: Even when you know a whole lot of about somebody, you still might be really bad at predicting what they’re going to like. It just might be the case that it doesn’t work out in practice because people are too unpredictable.

Ultimately, Wilbur thinks Facebook and MySpace will figure out how to cash in on their enormous followings. But for now, he says, social networking sites are definitely in phase two. Stuck somewhere between big ideas and profits.