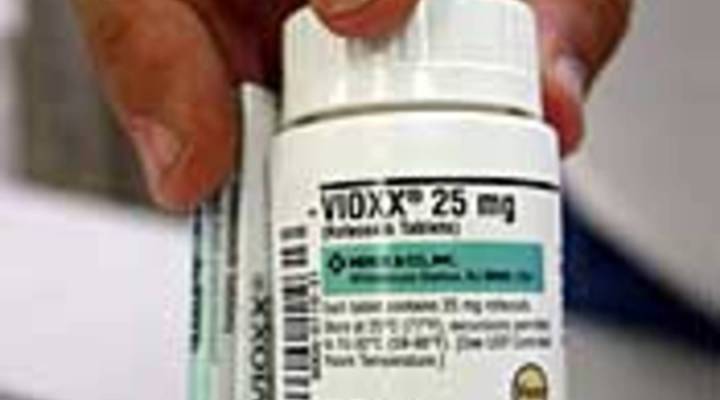 COPY
A pharmacist holds up a bottle of the arthritis drug Vioxx. Spencer Platt/Getty Images

A pharmacist holds up a bottle of the arthritis drug Vioxx. Spencer Platt/Getty Images
Listen Now

TESS VIGELAND: Famous people do it all the time, hire ghostwriters. Well, drug giant Merck has apparently pulled a page from that book. An article in today’s Journal of the American Medical Association claims some of Merck’s academic reports on the arthritis drug Vioxx were written by company employees, and doctors were paid to put their names on the research.

STACEY VANEK-SMITH: The JAMA study claims Merck paid scientists to put their names on research articles that company employees had written about Vioxx. Dr. Joseph Ross was lead author of the study. He says his team’s findings have broad implications.

These practices destroy confidence in the drug industry says James Unland, editor of the Journal of Healthcare Finance.

JAMES UNLAND: The broader impact is going to be an erosion of confidence in pharma companies and drugs by doctors and consumers.

Unland says drug companies are under enormous pressure to get drugs to the market as fast as possible. He says stock prices spike when a new medication gets approved by the FDA. That is, he says, until practices like these come to light.

UNLAND: Frankly, right now I wouldn’t own a stock in a pharma company if you put a gun to my head.

A Merck spokesman says while the drugmaker often uses employees to draft research articles, the doctors who put their names on the published pieces are very involved in the research.