Some listeners got it, some didn’t

Some listeners got it, some didn’t

Kai Ryssdal: Reading listener mail sometimes makes you thirsty for a beer or two. That was especially true with our story about Blue Laws down south.

Susanna Capelouto: Georgia is one of only three states — along with Indiana and Connecticut — where alcohol can’t be sold in stores on Sundays.

Pam Baxter-Palmer from Greeley, Colorado heard that and nearly spit out her drink.

Pam Baxter-Palmer: She must get in touch with the liquor store owners in Colorado, because I too find myself faced with locked doors on Sunday. All we Colorodoans can buy is 3.2 percent beer.

We’re happy to say Ms. Baxter-Palmer will soon be able to pick up higher percentage pints on Sundays. Colorado just rescinded its near beer laws, but Minnesota, Arkansas and Mississippi do still have blue laws on the books and we left them out of the story.

Our collegiate commentator, university freshman Ben Casnocha, caused some controversy with his views recently on national service. He said mandatory volunteer programs can do more harm than good, for example, when they disrupt local labor markets.

Dr. Raquel Arias could not disagree more with that. She received a National Health Service Corps scholarship back in 1977.

Raquel Arias: I got an extremely marvelous — though expensive — medical education and it was subsidized by the taxpayers and then the taxpayers got some of what they gave back when I went some place where they had difficulty and still have difficulty recruiting physicians.

And now to our most commented upon story of the past few weeks — maybe the past couple of years, to be honest with you.

Heather Zakar and Danielle McDermott left a voicemail for Rico Gagliano about his story on the tax rebate. Rico explained the IRS will be sending consumers products it thinks they really need instead of actual checks that people might save instead of spend.

It aired on April 1.

Heather Zakar: Hi Rico. My name is Heather and I have my coworker Danielle on the phone here.

Zakar: We’re looking at the article entitled “IRS making sure your rebate gets spent” and it’s referring to air conditioners and snowblowers and I’m calling to see if this is an actual true story, because in parentheses it does say April Fools.

And an April Fools it was. So here you go, one last time on Tax Day: if you file your taxes like you’re supposed to and if you’re eligible, you’ll be getting a rebate check. No air conditioners, no snowblowers, no nothing, we promise. 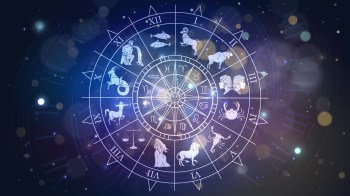 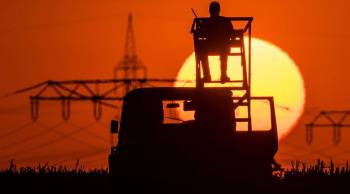 Why a burger at Carl’s Jr. may be the same at Hardee’s 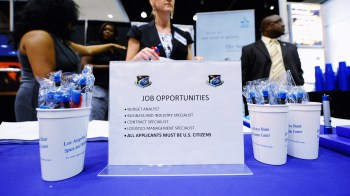