Now, stealing your identity is cheap

Now, stealing your identity is cheap

Scott Jagow: How much is your identity worth? I’m not being philosophical here. I’m talking about your financial identity. The answer is — not much, according to a new report from the internet security company Symantec. It says a person’s full identity profile can be online for a little as a dollar. Dan Grech has more.

Dan Grech: Ah, for the good old days when there was real money to be made in petty theft. Nowadays, the Internet equivalent of a purse snatching won’t buy you a cup of coffee. Symantec reports stolen credit card information sold for as low as 40 cents. How about your full bank account credentials? Ten bucks. Pretty scary, huh?

That’s technology editor Natali del Conte with CNet. She says a particular problem is phishing. That’s when the bad guys send you a fake e-mail.

del Conte: So it’ll look a lot like your cell phone bill, your bank account or your mortgage account. So you give them your password, and then, whoever it is that is running your site now has all your financial information, because you’ve just voluntarily given it to them.

Symantec says malicious attacks increased five-fold last year, which explains the bargain basement prices. Of course, Symantec has a vested interest in scaring you. It sells cyber-security software. And unfortunately, it’s not nearly as cheap. 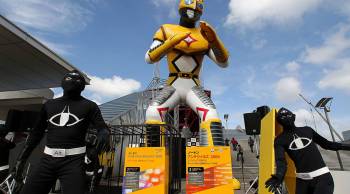