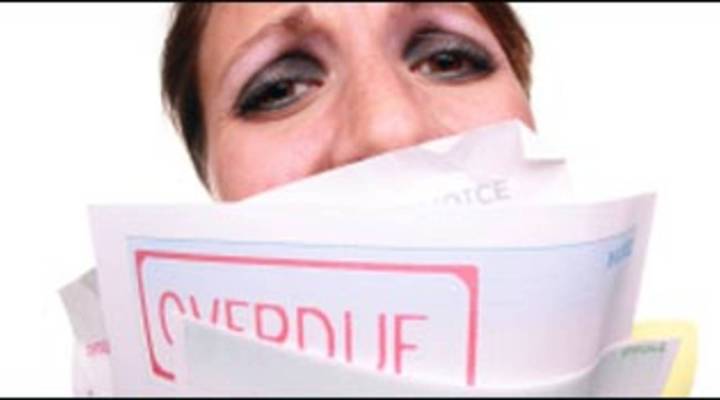 Scott Jagow: Today, the Fed gives us the latest tally on personal debt. Americans owe almost a trillion dollars on their credit cards. Consolidating that debt has become big business. Turn everything into one lump sum payment and pay it down as fast as you can. But the truth is, a lot of people who consolidate end up further in debt. Stacey Vanek Smith explains.

Commercials: If credit card debt is taking over your life . . . is credit card keeping you up at night . . . Consolidate your debt into one low fixed rate.

Stacey Vanek-Smith: It sounds like a good idea: Bundle everything together and write one check instead of six. But a lot of people who consolidate end up in more debt. Joan Perry, president of Take Charge Financial, explains.

Joan Perry: It’s a habit to have debt. Too many people are living fully on their own incomes and increasing their debt. And they don’t see a way to pay their credit cards off.

Jordan Goodman: What happens is people don’t change their lifestyles, they just move the debt from one place to another.

Goodman says people will take out a consolidation loan to pay off all their credit-card bills. Then they start running up their credit cards again.

Goodman: The first thing is to stop the bleeding, not to go into more debt. The second thing is to take a serious look at your spending.

Goodman says consolidating can be a good idea, if it’s with a reputable company.