CORRECTION: This story omitted that Minnesota, Arkansas and Mississippi still have blue laws.

KAI RYSSDAL: Say you’re throwing a Sunday afternoon barbecue. You’re behind on your shopping so you run out that day to the store. You’ve got burgers and dogs on the list, maybe some potato salad and without question a couple 12-packs of beer. If you live in Georgia, you can forget about those suds. Blue laws are still on the books there, which means no Sunday alcohol sales, but this week, lawmakers passed a bill that would allow wine sales over the Internet, and there’s a bill pending to allow Sunday sales, which has given hope to some Georgians looking to wet their whistles on a weekend.

SUSANNA CAPELOUTO: When Russ Flett was transferred to Atlanta from LA seven years ago, he ran into a common problem.

RUSS FLETT: Absolute culture shock, I was, I feared being arrested the first time I came here, because I was shopping on a Sunday.

Flett had two bottles of wine in his shopping cart that day. When he got to the register they were confiscated by the cashier.

FLETT: It was a total shock to have the wine taken away, and you know, being treated like a 14-year-old, as if I was, you know, trying to get drunk with my parents gone over the weekend.

Flett has learned his lesson, and this past Sunday, at a Kroger grocery in Midtown Atlanta, his cart was alcohol-free. Alcohol was on the mind of shopper Mark Cohen. He was a rare visitor to the dark, abandoned wine aisle of the store.

MARK COHEN: Oh, just to see if they had a specific brand of Pinot in. It’s called Domaine Serene. It’s from Oregon.

CAPELOUTO: Is your wine here?

COHEN: Oh yes, yes, but I can’t purchase it today.

Cohen could not complete his $30 purchase because Georgia is only one of three states in the nation, along with Indiana and Connecticut, where alcohol can’t be sold in stores on Sundays. If you want to drink, you’ll have to find a restaurant. The law is a remnant of Prohibition-era blue laws, and still treasured by Christian conservatives, including State Senator Eric Johnson of Savannah.

ERIC JOHNSON: I think we’ve just been continuing to chip away at the Sabbath, and that’s, you know, that’s my personal faith. I just don’t think there’s any reason.

Sunday was once revered as a day of rest and prayer in the Bible Belt South, but Georgia has had an unprecedented influx of people and economic growth in recent years, and Sunday is now the busiest shopping day of the week in many markets, says Jay Hibbard with the Distilled Spirits Council of the United States.

JAY HIBBARD: The market basket on Sunday is in fact bigger than it is almost every other day, and so it’s . . . In a two-income family, Sunday is sometimes the only opportunity they have to do their shopping.

Hibbard says Georgia loses anywhere from $30 to 40 million in liquor sales to neighboring states, and in lost sales to impulse buyers, each year. A repeal of the ban, he says, could bring up to $5 million in tax revenue for the state. The grocery industry has at least three lobbyists at the state capitol. They want to let voters in each county decide whether to lift the Sunday sales ban. Their biggest detractor, however, is Georgia Governor Sonny Perdue. He is not a
drinker, and a proud Christian.

SONNY PERDUE: Six days is plenty to gather up. We’ve got refrigerators. You’ve got different places to store. I think we need a little relief on Sunday.

The fridge at Jason Randall’s home was stocked with alcohol this past Sunday for a get-together to watch March Madness. The PhD student planned ahead and made his beer run on Saturday.

JASON RANDALL: I was out and about yesterday and I was like, well tomorrow is Sunday, and so let me go and make a stop, a stop I wouldn’t normally make if, you know, it was sold on Sundays, of course, but just to stock up to make sure I had enough for today.

Georgia residents like Randall have learned to live with the restrictions. However, over 50,000 people have signed an online petition to end the blue laws. Governor Perdue’s tenure is up in two and a half years and industry insiders say it’s not a matter of if, but when Georgia will go along with the rest of the country. 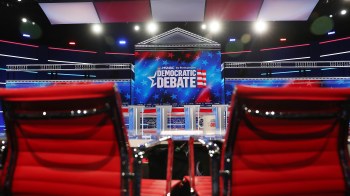 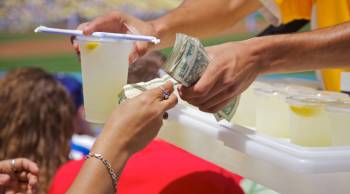