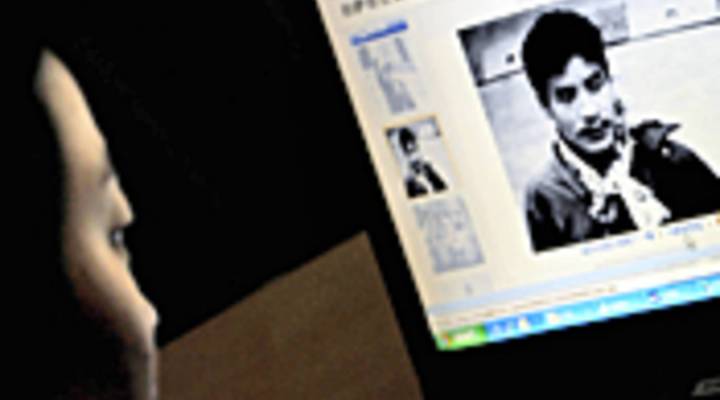 Yahoo, others do China balancing act

COPY
An Internet user reads the Yahoo website in Beijing, which contains a list and photos of what the Chinese government called "The 19 most-wanted Lhasa rioters", vowing to punish those responsible for last week's violence in the Tibetan capital of Lhasa. Peter Parks/AFP/Getty Images

Yahoo, others do China balancing act

An Internet user reads the Yahoo website in Beijing, which contains a list and photos of what the Chinese government called "The 19 most-wanted Lhasa rioters", vowing to punish those responsible for last week's violence in the Tibetan capital of Lhasa. Peter Parks/AFP/Getty Images
Listen Now

KAI RYSSDAL: China’s had its first official Olympic public relations problem. The torch was lit in Greece today, but the ceremony was far from what Beijing was hoping for. Tibetans protesting the Chinese crackdown stole the show. At one point, a Tibetan woman covered in fake blood blocked the road. It’s not likely Chinese in China are going to be able to read about the protests online. Beijing routinely blocks Internet content. Today, it’s what the government doesn’t censor that has human rights activists accusing American companies of complicity in human rights abuses.

STACEY VANEK-SMITH: China Yahoo’s home page featured a “wanted” poster, with photos of Tibetans accused of starting riots. It also ran the Chinese government’s reward for information. Yahoo’s been under fire in the past for helping Chinese authorities go after human rights activists. Google, Microsoft and Cisco have also been accused of helping the Chinese government tamp down dissent. Sophie Richardson is the Asia advocacy director at Human Rights Watch.

SOPHIE RICHARDSON: The individual companies feel if they don’t comply and don’t do all they can to satisfy the government’s real or perceived demands, that they’re going to lose out to their competitors, and so what we’ve seen is that they’ve sort of progressively undercut each other in terms of what they were willing to do to try to get that favor.

Richardson says U.S. companies should use their economic muscle to take a stand, but tech industry analyst Rob Enderle points out that foreign governments have the right to dictate business practices in their countries, and there’s not much companies can do.

ROB ENDERLE: I’m not convinced they really have a choice.

Enderle says deciding policy isn’t the place of corporations. It’s a government issue and the State Department needs to step up. Until then, he says, companies are not in a good position to challenge the Chinese government.

ENDERLE: Right now the opportunity that China represents exceeds the pain that can be caused by adhering to the Chinese rules and regulations, and right now Yahoo in particular is fighting for its life.

The pictures have been taken down and Yahoo says it’s not to blame. China Yahoo is controlled by Chinese firm Alibaba. Yahoo Inc. has a 40 percent stake in Alibaba.