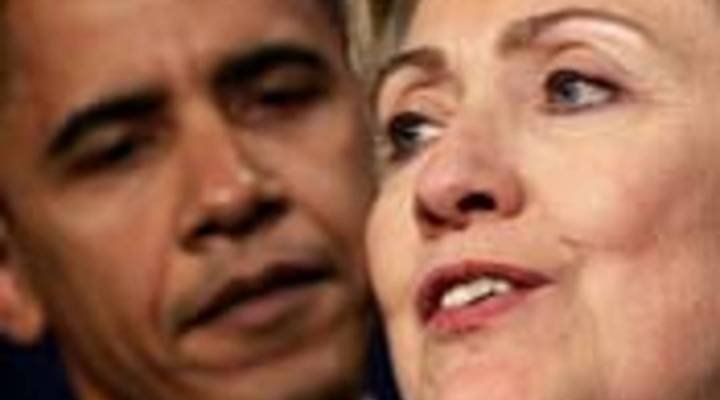 Not a banner ad year for politics

Not a banner ad year for politics

Doug Krizner: We’ve heard a lot this year about presidential hopefuls fundraising online. But it comes to spending these political dollars, the candidates are going offline. Stacey Vanek-Smith reports.

Stacey Vanek-Smith: All told, candidates are expected to spend almost $5.5 billion on political ads by election day. About 90 percent of that will go to TV and mailings. Less than 1 percent will go to online ads.

Richard Kosinski is Yahoo’s VP of political ad sales. He addressed that imbalance at a recent conference.

Richard Kosinski: In political campaigning, the old guard and the ways of old still reign supreme.

Still, the campaign has advanced the way candidates use the Internet, says Kate Kaye with ClickZ news.

Kate Kaye: It’s definitely a significant year just in terms of them recognizing the potential impact of having a Facebook page, or of having a MySpace page. We’re seeing them pay a lot closer attention to the Web.

Kaye also points out that $55 million is a sizeable amount — especially for online ads, which tend to be much cheaper than those on TV.