Thoughts about Islamic finance from our Public Insight Network:

I believe the advantages are basically earning credit with God. Lately, though Muslim Funds such as Amana are doing much better.

We keep a checking account rather than a savings account so that we don’t earn interest and we have a portion of our children’s college savings in Dow Jones Islamic Fund. If we had a 529 that was Islamic, I’d put my money there in a heart beat.

We’ve taught our children to donate a portion of whatever they have to charity. My five year old sent $25 of his own for relief efforts to Bangladesh last year.

This topic is deeply connected with philosophy of Islam about being a moderate, compassionate and caring individual in all aspects of our lives.

Islam teaches us to be compassionate and helpful to other human beings and share the blessings of God given to us as a trust in best way possible. When rich people show compassion towards poor people and do not take advantage of them when they are in need, it creates a feeling of mutual love, respect and harmony in the society.

Islam is the cornerstone of my life.

The advantages of Islamic finance law are that there is no interest charged on loans, it instills discipline in spending, it encourages charitable donations and avoids the huge gaps between the rich and poor.

One of the disadvantages is not being able to get life insurance.

The broadest view of a Muslim’s relationship with money concerns how it is acquired and how it is spent. Islamic finance, in my mind, are investment — I expect the capital to grow and be available to me at a later date — and finance — I want to be able to use/acquire/buy something that I don’t have the cash for now — instruments which comply with Islam. I have not had to finance anything.

I am not happy about the morality of my investments, because none of my agents claim to avoid what I’d consider corporate misbehavior, such as investment in companies which promote human rights abuses, environmental degradation, low labor standards, etc. The term “Sharia-compliant” is to me a minimum standard of ethical investment and, to my knowledge as currently practiced, focuses on personal vices and ignores social harms.

At the same time, I’m not that moral either since I have not made the effort to try to raise my investments to a higher standard (although I’m putting it on the to-do list.) I assuage my guilt by trying to give more money as charity, on the belief that this charity “cleanses” my money, which has been sullied by the money I’ve acquired from impure sources. 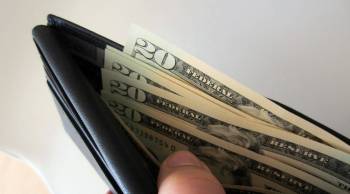 The Conversation: Your money questions