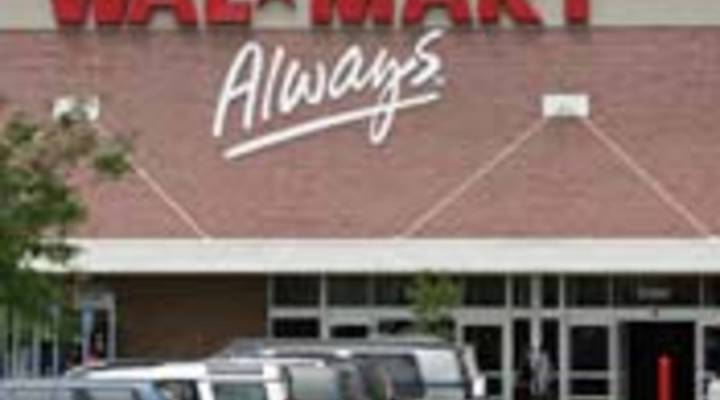 TESS VIGELAND: Today the world’s largest investment bank, Goldman Sachs, announced plans to spend $100 million on business education for women. The program will target women in the Middle East and Africa. Here in the U.S., another giant of commerce, Wal-Mart, is changing the way it manages its philanthropic efforts. Margaret McKenna is president of the Wal-Mart Foundation. She says the change is mostly in where contributions will go.

MARGARET MCKENNA: Locally we only used to give from the store, so in a very local area. We are now giving statewide as well, so what we’re doing is instead of going around asking each store to contribute, we’ve taken a part of that money and put it at the state level. To tell you the truth, it’s something we have actually done in the past, but it’s sort of been, you know, ad hoc, and this way we’re making more of a formula, and I would say the other change is that we’re trying on the national level to be, you know, more focused, more strategic in several areas: in education, in training, economic development, and then health and the environment.

VIGELAND: What prompted you to focus on these specific areas?

MCKENNA: Well, I think we look at who our customers are and who our associates are, and we try to serve those needs, so education, you know, is the answer to a lot of problems in our country. If you can have access to good education and access to good healthcare and a safe environment, I think are basics.

VIGELAND: So, does that mean that you will be increasing the amount of the contributions to these various charities or will this be redistributed in a way?

VIGELAND: Is your decision to support healthcare funding tied at all to the development of your in-store pharmacies?

MCKENNA: I think its development it’s in response to our concern about access to healthcare. Lee Scott, who’s the president of Wal-Mart, has been very involved nationally with SEIU union and with others in proposing and advocating for access for everyone for healthcare, and that’s where our access issue and program is centered, really in our advocacy for the insurance that all people will have access to quality healthcare.

MCKENNA: I would always like corporations to do more, and I think our company will. What I will say is Wal-Mart is in the top part of the list in terms of the percent of giving of corporations today, and I think you’ll find that many of them have cut back actually, rather than moved up that number, so you know, I think we could all do better and we hope we will, but I’m certainly proud of what Wal-Mart does in the people it reaches.

VIGELAND: Margaret McKenna is the President of the Wal-Mart Foundation. Thanks for your time today.