We walked around Old Cairo until we found a place where they were giving music lessons. The students were learning to play an instrument called an oud. It was the predecessor of the western lute. They’ve been playing the oud in this part of the world since about the 8th century!

An oud looks like a pear-shaped guitar with the neck bent backwards. There are 11 strings and no frets. This is so players can be expressive with slides and vibratos. Just think of the Middle Eastern music you’ve heard and all the microtones in the music. The “pick” is a piece of metal about the size of your index finger.

Since I play guitar, I thought it’d be fun to try it, but I did not make beautiful music with the oud:

(Listen to how bad he sounds. He sings even worse.)

It was much different than a guitar, although with a few lessons, I might get the hang of it.

I listened to the teacher play for a while. He was extraordinary. I could’ve listened for hours. He was only 16 years old!

Hear some more from a recording taken from the same music academy:

We also heard another, similar instrument called a saz. It has a smaller neck and fewer strings. The saz is popular in Turkish folk songs.

Music is an important language throughout the Middle East. It’s a way for people to connect. Of course, that’s true in any country, but here it seems even more vital, given the circumstances in which many people live.

I love the traditional music in Egypt, but I’m not so sure about the pop songs. Everywhere you go, you see TV’s playing music videos, and to me, it seems like a lot of Christina Aguilera-types in belly dancing outfits.

Maybe I’m getting old, but I’ll take an oud solo any day. 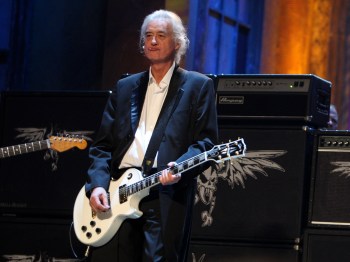