KAI RYSSDAL: Moving on now to other companies and their customer’s interests. Sears reported a 48 percent drop in quarterly profits today. Yes, a faltering economy had probably something to do with that. But Sears has been falling behind its competitors for years. Now there’s speculation the 121-year-old retailer’s very survival is on the line. Marketplace’s Dan Grech has more.

DAN GRECH: There was a time when the Sears name alone might have been insulation against these tough times. No longer, says Joel Naroff, chief economist of Commerce Bank.

JOEL NAROFF: A lot of consumers, especially the younger consumers, are looking for the newest things. They’re not married necessarily to an individual brand name, so maintaining brand loyalty, especially for an older brand, becomes extremely difficult under these circumstances.

Last month Sears Holdings announced another corporate reorganization. Board Chairman Lampert ousted the CEO and cut 200 jobs at headquarters. Several top executives then left the company, and the search for a new CEO continues. Davidowitz says the weak consumer economy couldn’t come at a worse time for Sears.

DAVIDOWITZ: That is just going to of course magnify Sears’ problems. The worst is yet to come and I think these negatives are going to accelerate as we go forward.

He says the company’s real estate may soon become more valuable than its retail stores. 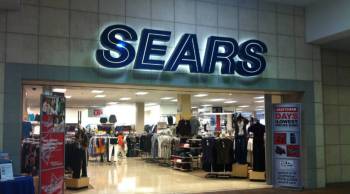 Sears growing an Amazon partnership to at least install tires, when it can’t get the sale