KAI RYSSDAL: You know all those half-full prescription bottles that’ve been in your medicine cabinet forever? Did you ever wonder what you’re supposed to do with them? A lot of people apparently have found a solution, because modern medicines are increasingly ending up in wastewater. That water flows out to rivers and oceans, and it’s given rise to what’s being called “pharma-pollution.”

SARAH GARDNER: When scientists find trace amounts of Lipitor or Celebrex in wastewater, they know the drugs got there one of two ways: through normal human excretion or by consumers following orders and flushing leftover meds down the toilet.

JOEL KREISBERG: Which is what most doctors were telling folks.

That’s Joel Kreisberg, director of a green pharmacy program in Berkeley. Kreisberg says we can’t do much about Mother Nature, but we can stop flushing those old pills away. Studies suggest a third of consumers do it, encouraged, in part perhaps, by longstanding advice from poison control centers. Kreisberg has started one of a dozen drug take-back programs in the U.S., a practice that’s already routine in Europe and parts of Canada.

Under this program, at least a dozen participating pharmacies and clinics are now collecting their customers’ unused prescription drugs. Kreisberg’s non-profit has been footing the bill, but as the program’s grown he’s begun asking new participants to help pay for it. The meds have to be shipped to an outfit in Texas that not only incinerates the drugs, it also documents exactly what kind.

KREISBERG: So the most common drug that we took back out of our sample was psychotherapeutic agents, which was 25 percent.

Think Zoloft and other mood-enhancers. Anti-depressants are some of the compounds found in treated wastewater. Scientists have also discovered trace amounts of everything from Ibuprofen to antibiotics. Dana Kolpin, of the U.S. Geological Survey, says the government is just beginning to study the effects of this drug cocktail on marine life, and we don’t know a lot yet, but the risks of not finding out are huge.

DANA KOLPIN: We’re talking worst-case scenarios, but it could be that, you know, maybe there is actual effects to fish populations so their each generation’s getting subtly whacked, and at so many generations may come the point where the population crashes, they just no longer have the ability to reproduce either for one reason or the other.

PHARMACIST: So if you have any medications that you’d like to bring in, just let us know.

At a pharmacy in North Berkeley, it’s news to some customers that drugs are ending up in rivers and oceans.

CUSTOMER: I’ve not read that. I’m not surprised to hear that’s the case.

The idea is to get consumers to think of old pills as hazardous waste, just like lead batteries or old paint. Some cities have sponsored drug take-back events and collected bagfuls of people’s pills, like so much Good and Plenty. The government now recommends using take-back programs if available, but there are obstacles. Federal drug laws prohibit most of these programs from collecting prescribed narcotics, and pharmaceutical companies don’t support take-backs.

MARJORIE POWELL: We think that’s a solution that’s actually looking for a problem.

Marjorie Powell represents the industry’s main lobbying group. Powell says one, pill-flushing is a minor contributor to pharmaceuticals in the waterways. Two, she argues, consumers can safely dispose of unused drugs by throwing them in the garbage in tightly sealed containers.

POWELL: Therefore, we think that focusing on creating a take-back program is establishing an enormous level of effort for very little return.

But tossing drugs in the trash still carries safety and environmental risks. Advocates like Kreisberg say take-backs are important, and hope drug companies will eventually be forced to pay for them, like in Europe. He says the ultimate solution, of course, is for all of us to take better care of ourselves so we need fewer drugs. The average senior takes between two and seven prescriptions a day. 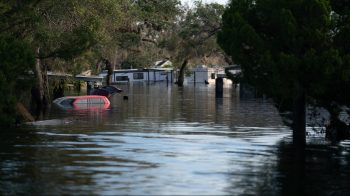 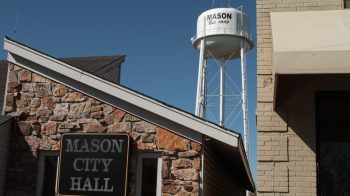 To make the most of a new Ford electric truck plant, Tennessee neighbors need sewer help