Processed foods are not that healthy

Processed foods are not that healthy

Kai Ryssdal: Deadlines being what they are, working on this program makes it tough to find time for lunch.

We all spend more time eating out of the snack machine than we should — not the most nutritious thing we could do. If we were smart we’d bring something from home.

But even then, commentator and author Michael Pollan says grocers make it hard to know what’s good for you.

Michael Pollan: You may have noticed something peculiar going on in your supermarket: much of the food is gradually disappearing and being replaced by “nutrients.”

The packages of everyday edibles, like nuts or yogurt or cereal, used to boast about the foodstuffs they contained. Now they go on about the antioxidants and fiber, the phytochemicals and minerals, the probiotics, now even the prebiotics, whatever those are. Biochemistry has taken over the vocabulary of food marketing. Food is being sold as medicine and the health claim has become king.

But notice where you bump into the noisiest health claims: smack in the middle of the store. That’s where all the packaged and processed foods reside. It’s the breakfast cereals and snack foods and soft drinks that boast loudest of their health-enhancing nutrients. An unsuspecting consumer might think this is because these are the healthiest foods in the supermarket.

That consumer would be wrong.

In fact, the more processed the food, the less nutritious it typically is. Yet it’s the processed food makers who have the marketing budgets to do the research to support the health claims and then shout them from the rooftops. That’s not the same as actually being healthy. A scientist can find a crucial nutrient in any edible he or she is paid to study. And there isn’t a plant under the sun that doesn’t contain an antioxidant or two.

But here’s the thing. As everybody knows — or used to know before the proliferation of health claims confused us all — the hands-down healthiest foods in the supermarket are the unprocessed vegetables and fruits and whole grains. These foods sit silently in the produce section or the bulk-food bins. They don’t utter a word about their antioxidants or heart-healthiness, while just a few aisles over the sugary cereals scream about their heart-healthy “whole grain goodness.”

So next time you’re in the produce aisle, don’t take the silence of the yams as a sign they have nothing important to say about your health. They do. They just don’t have the money needed to say it.

Ryssdal: Michael Pollan wrote The Omnivore’s Dilemma. His newest book is called In Defense of Food. 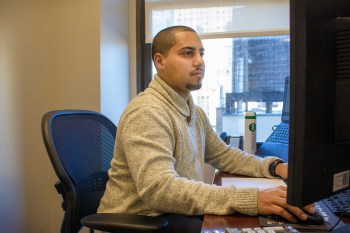