KAI RYSSDAL: Here’s a Craigslist want-ad for you: “Prestigious university seeks academic heavyweight to explore the Internet’s effect on mass culture.” The listing’s fake, but the job’s not. Thanks to a $1.6 million gift from Craigslist, for an endowed chair at the University of California Berkeley’s New Media Center.

Commentator Benjamin Barber says that’s just the latest example of the line between private enterprise and public institutions getting a little too fine.

BENJAMIN BARBER: America is a nation of contrasts. Take Yale University, sitting smack in the middle of downtown New Haven, Connecticut. The city has one of the highest infant mortality rates in the U.S., and a crumbling, underfinanced public infrastructure: rusted bridges, rundown schools, leaking sewers, an antique port and unfinished highways.

As private money spent on private institutions like Yale grows, public money is vanishing, so cities like New Haven increasingly have to depend on private sector trickle down.

Yale’s sinking over $400 million a year into what’s going to be an Ivy League makeover. Meanwhile, New Haven’s got about $137 million to devote, in this fiscal year, to its desperate infrastructural needs. So it comes, hat in hand, begging the university to help revive the downtown commercial sector.

It’s a national trend. According to the New York Times, government spending for infrastructure has come down from 3.6 percent of GNP in the 1960s, to 2.7 percent today.

But New Haven’s actually lucky. It’s got Yale. What are nearby Connecticut cities like Bridgeport or Watertown supposed to do without Ivy League patronage?

That’s the riddle. Americans seem to have stopped believing in the very idea of a public good, and regard taxation as theft rather than a means to common goals. How then can we salvage the national infrastructure?

This is no theoretical question. Governor Schwarzenegger announced recently that he was prepared to slash public spending in wealthy California. Why? Because he refuses to raise taxes.

So there it is: one America, private, wealthy and hostile to taxation, willing to secede from the other America, public, poor and dependent on taxation, which leaves citizens grabbing at crumbs falling from sumptuous private banquet tables — if they’re lucky enough to live next door to a banquet table like Yale. 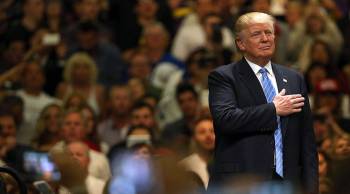 Trump on infrastructure: Did he keep his promises? 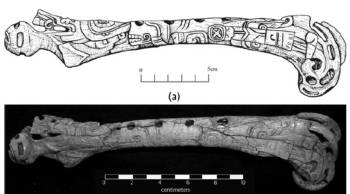 Unearthing the past with a piece of history