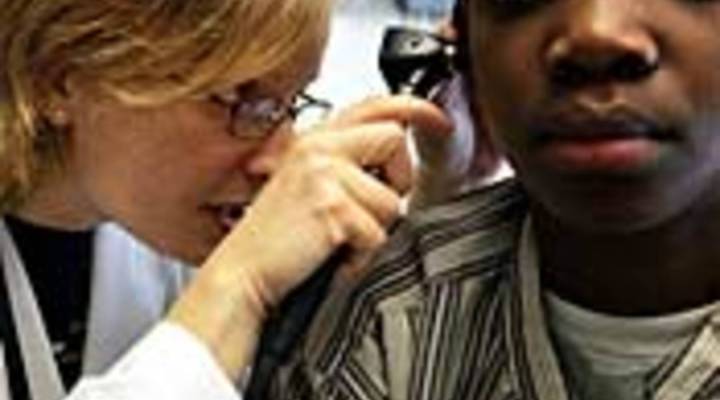 KAI RYSSDAL: The Democratic presidential candidates held their umpteenth debate last night. But there was no snoozing through this one. Obama, Clinton and Edwards duked it out in South Carolina with more than the usual quotient of personal and policy attacks. One of the big issues was health care in this country. Each of the candidates has a plan to fix it.

Today Blue Cross and Blue Shield of Massachusetts made its offering by rolling out a plan to change the way hospitals and doctors get paid. Instead of Blue Cross paying for every hospital visit and every surgery, the insurance giant is offering to pay a flat annual fee per patient. Stacey Vanek-Smith takes a look.

STACEY VANEK-SMITH: Blue Cross Blue Shield of Massachusetts will pay hospitals and doctors an annual flat rate for every patient, adjusted to reflect health and age. But there would be big bonuses when care achieved positive results.

Andrew Dreyfus: So it’s really a change in the whole way we think about financing health care in this nation.

Massachusetts Blue Cross Vice-President Andrew Dreyfus says 5 percent of his company’s members generate half of all costs. That’s because they have chronic conditions like heart disease, so they need longterm care. Dreyfus says under the new plan bonuses would be doled out if certain benchmarks were met — say the patient’s cholesterol stayed in check after surgery. So the hospital would be encouraged to follow up with the patient.

Dreyfus says it’s a whole lot cheaper than paying for another surgery.

Merrill Goozner is with the Center for Science in the Public Interest. He says he wishes it were that easy.

Merrill Goozner: What I would hate to see is a repeat of what happened in the 1990s.

Goozner says there is a risk with plans like these, similar to what happened to the well-intentioned HMO.

GOOZNER: The fear is that these sort of flat payments could be a way for hospitals or doctors to deny care because it will cost them more money than what the flat payment might be.

Goozner says the strategy could work if it were properly regulated.