TESS VIGELAND: Job cuts and economic woes are fueling a new spate of immigration talk in the South. Republican Buddy Witherspoon is challenging fellow Republican, and incumbent, Lindsey Graham for the Senate seat in South Carolina. Witherspoon’s campaign recently launched an ad skewering Graham for his immigration policy. The ad begins with the words “Press one for English.”

KERRY HOWLEY: An ad like this can really challenge your sense of fourth grade geography. Is a state 1,300 miles from the Mexican border really under threat from an onslaught of polite, grateful Spanish speakers?

Only three in 100 South Carolinians are Hispanic or Latino, and far fewer are undocumented. But small as it is, South Carolina’s Mexican-born population increased six times over in 15 years. When communities unused to newcomers sense a growing population, politicians can whip up a sense of impending crisis. Even a “thank you” is suddenly sinister. According to a study by the Immigration Policy Center, almost 80 percent of the localities that have discussed anti-immigrant ordinances had below the national average of Latino population share in 2000. In other words it’s often not the places with massive immigrant populations that seem most worried, it’s the places with new immigrant populations.

It’s easy to assume the worst about the immigrants who lead the pack. They’ve got less of a support network to lean back on, so assimilation can take longer. They’re still working to gain the human capital and social networks that newcomers always accumulate over time, but as states with established Latino communities have shown repeatedly, rates of English acquisition, educational attainment and homeownership skyrocket with successive generations.

If South Carolina wants to gauge the benefits and costs of migration across its borders it might look to Arkansas, another Southern state with a new and growing population of immigrants. Even taking into account the costs of education and health services immigrants have had a positive impact on the state’s budget. The immigrant population has provided a pool of young, highly productive young laborers. These workers have boosted the state’s manufacturing output to the tune of $1.4 billion.

We should be liberalizing our immigration policies, not scaring away entrepreneurial people who will pay taxes, provide jobs and support local businesses. As South Carolina’s immigrants adapt and prosper, the state will increasingly need to thank them. 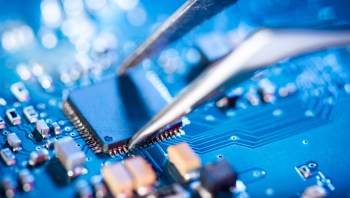 The transistor’s story is one of innovation and immigration