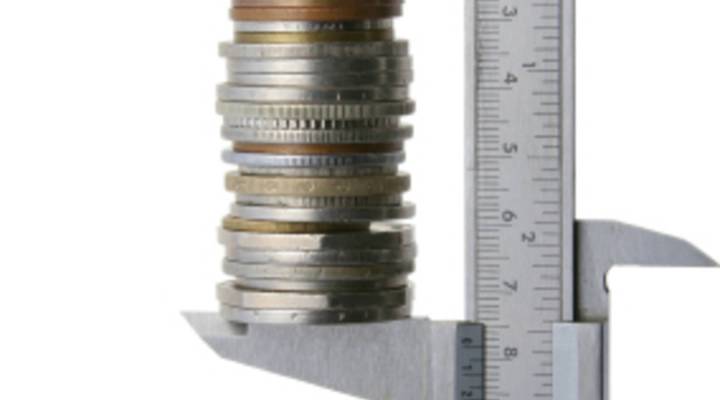 What is the middle class?

COPY
How much money does it take to be in the middle class? iStockPhoto

What is the middle class?

How much money does it take to be in the middle class? iStockPhoto
Listen Now

Tess Vigeland: So, is there a hard and fast number to define the middle class?

United States government, you wanna help us out here? No? Not really?

But even the specialist in quantitative economics who put together that study said there is no consensus or official government definition.

So we decided to ask around.

Gary Burtless: You don’t need to show a passport or a baptism certificate or a club ID to be admitted to this group. If you say you’re a member, then I think you’re in the middle class.

He uses the term “middle income” rather than “middle class” and he bases his definition on the median household income — which last year was $48,200.

But in surveys, people and families far outside that range will say they’re middle class. Burless says that’s just American egalitarianism at work.

MIT economist Frank Levy came up with a definition based on Census data for families in their prime earning years.

And finally, we hit the campaign trail to find out how this year’s presidential candidates are trying to attract the middle class.

Here’s how Republican Mike Huckabee is drawing the line in a current TV ad:

Mike Huckabee: I believe most Americans want their next president to remind them of the guy they work with, not the guy who laid them off.

Huckabee isn’t the only candidate wooing the middle class. John Edwards is well known for his “two Americas” theme. Republicans like John McCain and Rudy Giuliani say their tax cut proposals will help the middle class and Hillary Clinton promised not to raise taxes on those making above $97,500 just to save Social Security:

Hillary Clinton: I do not want to fix the problems of Social Security on the backs of middle class families and seniors.

In a recent debate Barack Obama took issue with that figure:

Barack Obama: Understand that only 6 percent of Americans make more than $97,000 a year. So, 6 percent is not the middle class; it’s the upper class.

Clinton: It is absolutely the case that there are people who would find that burdensome. I represent firefighters. I represent school supervisors. I’m not talking, I mean, you know… it’s different parts of the country.