KAI RYSSDAL: Here’s an equation hospital bookkeepers are becoming increasingly familiar with: More patients plus fewer doctors adds up to a need for creative solutions. Often that means more technology. And it’s becoming especially true for the biggest money pits in most hospitals — intensive care units. Electronic ICUs allow for big economies of scale, but they don’t come cheap. From KXJZ in Sacramento, Marianne Russ reports.

Marianne Russ: Sylvia Swarner’s Dad got cancer a few years back. He was treated in a Sacramento-area intensive care unit affiliated with Sutter Health. Swarner is a registered nurse. She works for Sutter. She says her father received a doctor’s attention at the first sign of trouble.

Sylvia Swarner: His blood pressure went bananas. All of a sudden the doctor was in the room going, “What is going on in there? What can I do for you?” … Totally sold on the process as far as that’s how quick a doctor can get in.

Thing is, the doctor wasn’t actually in the room. He was in an office miles away. He communicated with Swarner and the ICU staff using a camera and microphone. Swarner was so impressed with the care, she decided to work behind the camera. Now she’s the one doing the monitoring at Sutter Health’s electronic ICU command center in Sacramento.

It’s 7 p.m. Swarner is just about to finish her shift. She’s one of a team of five or six nurses and a couple of doctors. They’re keeping track of 130 patients in 17 different ICU’s around the state.

Dr. Adrienne Lawrence: I’ll take you into my spaceship.

Dr. Adrienne Lawrence is one of those two doctors. He’s an intensive care specialist. He says he and the team at the center are an extra pair of eyes, a back-up for the bedside staff.

Lawrence: I have a lot of monitors here, there’s one monitor here that has a lot of vital signs…

Talk about multitasking. Lawrence has five flat-screens stacked in a rough pyramid on his desk. He can check one patient’s medical history and watch for changes in heart-rate in another. He can check in on a third with a webcam. He says the system compensates for a shortage of specialists, particularly in rural areas.

Lawrence: We’re sitting here in Sacramento, California, and we’re monitoring a hospital that’s 425 miles away. There is nothing but cows and one stoplight. And we’re helping these people.

More like helping the company, says Kathryn Donahue. She’s a registered nurse in Eureka, California. She’s also on the Board of Directors for the state’s nurses union. She says electronic ICU’s aren’t about improving patient care at all.

Kathryn Donahue: It has to do with their profits and how can they best make more money.

Sutter Health says it paid roughly $25 million for the system. Donahue says the money could be better spent.

Donahue: Instead of putting all this money into equipment and technology, if corporations would hire more competent nurses, they would have better outcomes, and actually the costs would be less.

But Sutter says outcomes are getting better. It says early screening in the electronic ICU has helped reduce deaths from sepsis. And Visicu, the company that developed the system, claims patients spend 15-20 percent less time in EICU’s than in traditional units. That saves money for the patient and the hospital.

A Visicu spokeswoman says 250,000 people in 30 states now receive care in electronic ICU’s each year. The concept is getting attention overseas, as well. The Dutch electronics company Philips said last month it will acquire Visicu for $430 million. 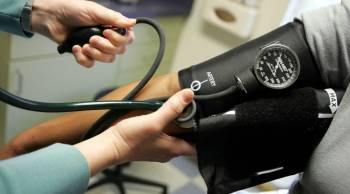 For working parents, summer break is no vacation