Doug Krizner: It was a bleak holiday shopping season for the nation’s retailers. Sales grew by their slowest rate in at least four years. Now, some chains are hoping for a little post-holiday bump from the nation’s largest minority group, Hispanics. Wal-Mart, in particular, is heavily promoting an upcoming holiday not normally celebrated in the U.S. From Americas Desk at WLRN, Marketplace’s Dan Grech has more.

Carlos Ramirez is with Lopez Negrete Communications, the nation’s second-largest Hispanic marketing company. He says many Latinos celebrate the holiday for 12 days after Christmas.

Carlos Ramirez: The Three Kings is a very heavy gift-giving celebration. Within certain cultures, gifts can be exchanged as much as, you know, every single night.

His firm works with Wal-Mart to promote Three Kings Day. Over 300 stores have displays and products geared to the celebration.

Ramirez: It positions Wal-Mart as a company that knows and cares about the traditions of its customers, and for that matter its own employees.

A Three Kings parade in Miami, sponsored by K-Mart, is expected to draw half a million people. 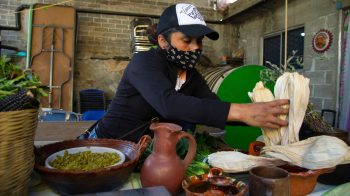