Renita Jablonski: So can markets predict elections? There are a growing number of so-called “prediction markets,” where investors can buy shares in political candidates. If the candidate wins, so does the investor. Marketplace’s Jeff Tyler reports.

Jeff Tyler: The University of Iowa operates an online futures market called the Iowa Electronic Markets. Investors can speculate on which candidate will win the party’s nomination.

Tom Rietz: So if you wanted to buy, for example, a Huckabee right now, the asking price is 15.7 cents.

If Huckabee wins the Republican nomination, each of his shares would be worth a dollar.

Rietz says the Iowa model has proven more reliable than polls in forecasting presidential elections since 1988.

Rietz: We have compared the market to 964 different polls. And the market is closer to the eventual outcome 74 percent of the time.

Why is it more accurate? For one thing, Rietz says voters are more likely to lie to a pollster, but they’ll be brutally honest when money is on the line.

Rietz: In effect, the profit motive from the market gives you an incentive to go out and gather and generate data and forecasts that might be better than the alternatives.

The most recent data from the Iowa Electronic Markets show Hillary Clinton with a big lead over rival Democrats, while Mitt Romney and Rudy Giuliani are neck and neck for the Republican nomination. 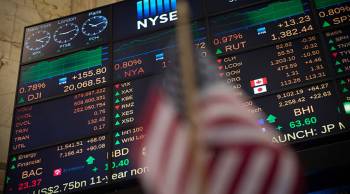 What is a stock’s target price?