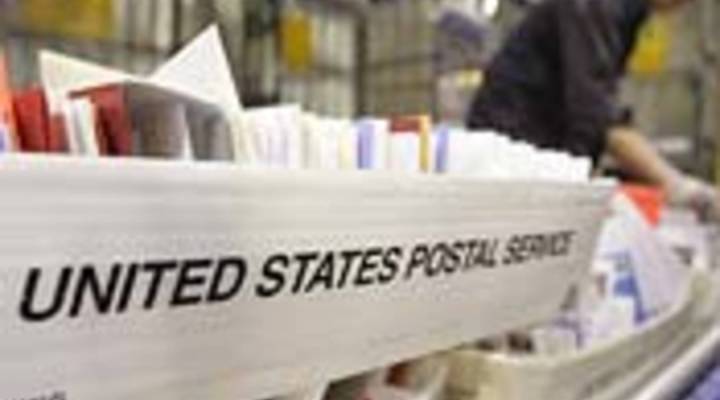 Scott Jagow: Today’s the busiest day of the year for the Post Office. And like retailers, the Postal Service could use the business. Here’s Stacey-Vanek Smith.

Stacey Vanek-Smith: This year, letter carriers delivered more than 200 billion pieces of mail in the U.S. That’s about the half the mail delivered in the world. In spite of all that business, the U.S. Postal Service lost about $5 billion.

Bob McLean is executive director of the Mailers Council. He says the Internet has cut into mail delivery — people are paying their bills online now and the Postal Service is struggling to make up the difference.

Bob McLean: First Class mail was for decades the largest single mail category, and it remains its most profitable. But in the last two years in particular, we’ve seen some significant declines in First Class mail. That’s been made up in part by this increase in standard or advertising mail, but not on a dollar-for-dollar basis.

McLean says the Postal Service is also struggling to keep up with demand. About two million new addresses pop up every year.