Scott Jagow: Painting an accurate picture of the economy isn’t so easy right now. But we’ll try. This morning, we found out that worker productivity grew at the fastest pace in four years over the summer. So labor costs were down. Good. We found out that the private sector created 189,000 jobs in November. The best month in a year. Also good.

But at the same time, U.S. companies announced 73,000 layoffs. So more job cuts are coming. Not so good. Dan Grech takes it from there.

Not really, says John Challenger, CEO of Challenger, Gray and Christmas. That’s the outplacement firm that published today’s job numbers. Challenger says there are fewer jobs cuts, because fewer jobs have been created — meaning the economy has lost its steam.

John Challenger: We’ve seen a slowdown in job creation in 2007, that’s gone right along with a slowdown in GDP growth. We’re moving towards the time in 2008 where the threat of recession grows.

The Fed is contemplating another rate cut. A lot will ride on payroll data for November, which the government releases on Friday. 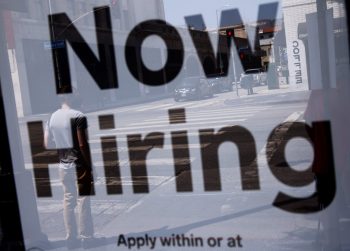