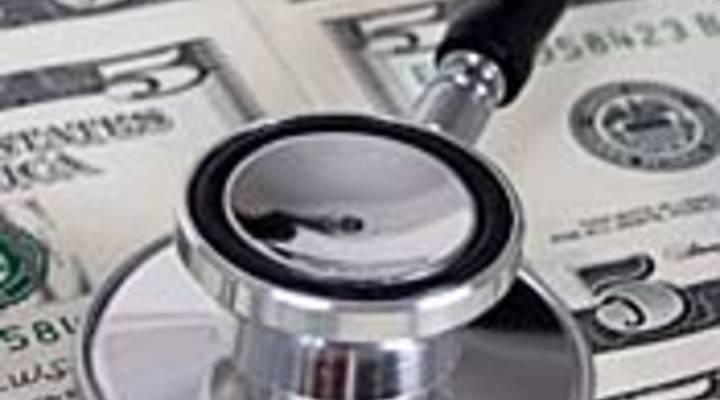 Tess Vigeland: Are you stressed and confused? Could be all that traveling you’ll be doing for the holidays…or maybe it’s because it’s open enrollment season: time to pick your health plan at work.

And you’re probably hearing about something called an HSA: a Health Savings Account.

But what exactly is it? Who’s it best for?

We decided to get some answer from Paul Fronstin of the Employee Benefit Research Institute.

Vigeland: Paul, what’s the difference between an HSA and a regular health plan?

Paul Fronstin: A Health Savings Account is combined with that kind of insurance. The difference is, in order to make a contribution to a health savings account on a pre-tax basis, you must have a certain kind of health plan, a health plan with a deductible of at least $1,100 for an individual and $2,200 for a family. For some people, that’s really high — there are many people out there right now with deductibles of $500. You have to look at it relative to where you are.

Vigeland: What’s the difference between a Health Savings Account and what are called the Flex Accounts, the Flexible Spending Accounts, that have also come into the lexicon of health care?

Fronstin: Flexible Spending Accounts have been around for the better part of 25 years — actually a little bit more than that. Those are accounts that you could, again, just like an HSA, you could use those accounts to pay for your health care expenses on a pre-tax basis. Your employer can contribute to them but typically employers don’t, and the amount of money you put into the account must be used during a certain period of time and what you don’t use, you lose. The HSA, the Health Savings Account, it’s something where you don’t lose the money. Employers often do contribute to the account in addition to your contributions and what’s left over at the end of the year stays in the account for you to use in the future.

Vigeland: So when you say the company often will contribute to that, is that similar to, say, a 401(k) match then?

Fronstin: It’s similar, but not exact. Typically, employers will contribute the same amount to the account whether or not you make a contribution yourself.

Vigeland: So they’re putting money in even if you don’t?

Fronstin: That’s right. They may, for example, put in a flat $500 per employee and if you want to add to that, you’re free to do so.

Vigeland: What’s the benefit of an HSA to a company?

Fronstin: The idea behind the HSA isn’t so much about the HSA as much as it’s about increasing the deductible to reduce premiums. The idea is to put more control over the dollars in people’s hands so that they’re making better decisions about their health care, and hopefully, using less health care. We have a crisis when it comes to health care costs and employers are very concerned about how to manage those costs so they’re looking at different models and this is just one of those models.

Fronstin: It’s bringing down the cost in two ways. One, just by going to a higher deductible, premiums come down. But what often times happens is employers will take the savings from the lower premium and put it in the account. So the employer may not be saving money right off the bat. The hope is that if people use the health care system differently because they have an incentive to save money — that money is there’s — and as people are taking more responsibility over the expenses that you incur prior to reaching your deductible, the idea is that people will make better decisions and presumably, use less health care.

Vigeland: Where does that assumption come from that we are actively not worrying about the cost of our health care? I mean, when I go to the doctor, I don’t think about “well, is this going to be expensive or not?” I go because I’ve got to go.

Fronstin: Well, that’s where the assumption comes from. We know that because you’re not concerned about the cost, a $20 co-payment doesn’t stop you from going to the doctor. There are times when people use health care services unnecessarily. It many not be “should I go to the doctor or get this operation?”; it may be “is this operation preferable to taking a prescription drug?”

Vigeland: But isn’t that something where you’re relying on your doctor to tell you what you should be doing? I mean, I’m not going to make the decision whether I should have surgery or get a prescription medicine. That’s up to my doctor, isn’t it?

Fronstin: Well, I think it really has to be a combination of both of you. You need to understand what the benefits and the costs are in both cases. The issue right now is we’re not giving people enough information to make informed decisions.

Vigeland: Who benefits most from an HSA? Who is that a good option for?

Vigeland: What if, for example, you have a chronic condition like diabetes?

Fronstin: I could argue it both ways. I could argue that somebody with diabetes may in fact be better off under one of these plans. They may have seen their premium go down enough to fund the account to the point where their out-of-pocket expenses haven’t increased
so they may in fact be better off, but they may be worse off. They may not be getting, from a cost perspective, the savings from the premium. It may not be recycled into their account. It all depends upon where they’re starting from.

Vigeland: Paul Fronstin is director of health research programs for the Employee Benefit Research Institute. Thanks for helping us out.