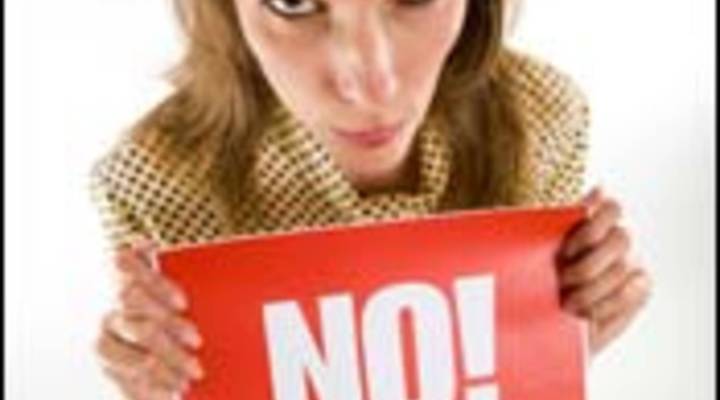 Just say no to your boss

Just say no to your boss

TESS VIGELAND: Think you have a tough boss? Well at least you didn’t have to work for Meryl Streep’s character in “The Devil Wears Prada.”

Miranda Priestly character: Details of your incompetence do not interest me.

So how do you deal with a demanding boss who won’t take no for an answer? First thing, you say no. Dr. Dory Hollander is the founder of Wise Workplaces. It’s a management consulting and executive coaching firm.
Dory, isn’t saying no an incredibly hard and risky thing to do?

DORY HOLLANDER: Well it is and it really shouldn’t be. That’s why this is such an important topic, because most people have it all turned around. We’re so afraid to say no when, in fact, it’s saying yes repeatedly that is the real danger. If you indiscriminately say yes, you’re going to get a lot of things that you’re charged with that are not part of your job description.

VIGELAND: If you are saying yes to something, is it appropriate to ask for something in return?

HOLLANDER: Certainly, and that’s the problem with people that habitually say yes. They don’t ask for anything in return. They simply do it. And they do it uncomplainingly to the person, but complainingly to everyone else, which doesn’t help. So the thing to do is to say, “I have a lot on my plate and it’s really hard for me to do this. But I’m really happy to do this favor for you, and I will make it work. But you know, you owe me.” And laugh — they’ll get it. You don’t need to say anything more than that, they’ll get it. Part of what they owe you could be taking something off your plate so you can help them. The other piece, Tess, of this that I think is everybody’s blind spot who doesn’t say no, is they think the boss is gonna really be upset if they say no.

HOLLANDER: It’s always a risk, especially if you have a bully boss, but if you have a sorta average run-of-the-mill boss, not great, not terrible, that boss would rather have you say no and not do a poor job. I work with lots of bosses in the work I do . . .

HOLLANDER: And they’ll say, “Of course I want people to say no, because the last thing I want is somebody to say yes and not do it, not do it well, not do it on time.” You know, I want them not only to say no, but I want them to say, “No I can’t do that, I’ll feel really pigeon-holed if I do that, it’s something I used to do five years ago and I really want to grow and develop. Can you find something for me that I’m gonna really like and go up a learning curve on.” And a lot of bosses say “I want a person like that.”

VIGELAND: Well, Dory Hollander thank you for saying yes to us and coming in and talking to us.

HOLLANDER: You think I should have said no? 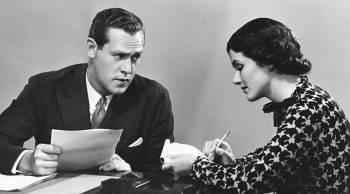