One of the many, many indelible images of the disaster was all those cars and trucks tossed around by the storm. Sometimes deposited on rooftops, or atop a telephone pole. Some of those cars ended up in the unlikeliest of places: Bolivia.

They’re sold on the cheap and look almost new on the outside, but many of these so-called “Katrina cars” aren’t exactly the bargain they seem. Ruxandra Guidi has more from La Paz.

Ruxandra Guidi: About 40 minutes from the Bolivian capital of La Paz is the sprawling slum of El Alto. In the local market there, you’re likely to come across hundreds of used cars.

The cars are spread out in the middle of the streets over 20 city blocks. Salesmen stand beside them for hours, ready to answer questions. Well, sort of.

This man is selling a ’97 Toyota Corolla for $6,000. He tells me the car came directly from Japan. But many of the cars selling at this market are also coming straight from the U.S., and they’re selling for even lower prices.

They’re known here as “Autos Katrina”— cars that were damaged by the 2005 hurricane in Louisiana and Mississippi, and can no longer be sold in the U.S.

Freddy Koch is a chemical engineer studying these Katrina cars for an environmental nonprofit organization in La Paz.

Freddy Koch (interpreter): Katrina cars come here because Bolivia has allowed the import of used cars for the past five years. Initially, we started importing many cars from Japan, but we’ve also started to see many used cars from the U.S. and Europe. Bolivia now has a big market for these cars — which, by the way, is not the case in other countries in South America.

Koch says the cars are first sold by American insurance companies looking to get rid of the damaged merchandise. The companies look for markets nearby, but Mexico and most Central and South American countries have strict laws against the import of used and especially damaged cars.

Bolivia doesn’t. Bolivia also has an extensive contraband network and lax laws that make it the perfect place to dump these cars and still make a profit.

Alejandro Numbela is a manager with Toyota Cars in La Paz. He says that few Bolivians can afford brand-new vehicles. He says the steady influx of these Katrina cars hurts his business.

Alejandro Numbela (interpreter): Just so you have an idea, a brand-new Toyota truck this year will cost you about $27,000. A similar Katrina car will cost about $12,000, so about 50 percent less. These cars really do distort our market, because they’re cheap and of poor quality.

According to environmentalist Freddy Koch, there are hundreds of Katrina car owners in La Paz alone. But finding them is difficult, and getting them to admit to buying a Katrina car is even harder still.

Ramiro Sanchez has agreed to meet me at a coffee shop in downtown La Paz. He says his friend bought a Katrina car months ago and took it to Sanchez’s repair shop once he started having problems with it.

Ramiro Sanchez (interpreter): So a friend of mine bought a Mini Cooper on one of these American Internet auctions. When the car got to Bolivia, we had to take mud out of the engine. The electrical wiring was completely corroded, and the car was useless. The only thing that looks good is the exterior, because it was repainted. The rest is completely rotten.

Sanchez says his friend thought he’d be saving money by buying the car on auction for $7,000. But paying for taxes and shipping it to Bolivia cost him an extra $8,000, and repairing it in full will add another $8,000 to the bill.

All in all, the refurbished Mini Cooper will end up costing more than a brand-new one, and it’ll be another six months before it’s ready to be driven again. 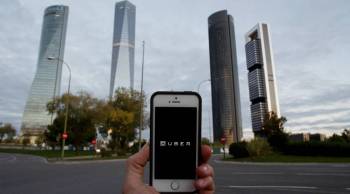