Inc.’s a bit more at ease with ink

Inc.’s a bit more at ease with ink

KAI RYSSDAL: Every summer about this time the same thought strikes me. After a couple of months of short sleeves and tank tops you get a good idea of just how many people these days have tattoos. Clearly, body art’s becoming more acceptable. Everywhere from college campuses to the boardroom, as Pat Loeb found out..

James O’Connor: I got a skull and cross bones on my right side. I have praying hands on my left side, and then a cross in the middle.

James O’Connor is giving me a tour of the tattoos that adorn, it looks like, every part of his body — neck, legs, knuckles and full sleeves on his arms.

O’Connor: He calls this stretch skin, cheese skin, where it’s supposed to look like you’re almost looking inside, you know?

But the most astonishing moment comes when he tells me what he does for a living.

If ever there was evidence of the changing attitude toward tattoos in the workplace, it is 30-year-old James O’Connor. There was a time when his tattoos would have narrowed his job prospects. But he says his success as a mortgage broker is a sign that tattoos do not carry the stigma they once did.

O’Connor: They might look at me weird for a minute. But as soon as, you know, I explain to them what I know and what I’ve done, they see dollar signs.

Numbers alone are forcing more employers to hire tattooed workers. A Northwestern University study last year found 36 percent of 18- to 29-year-olds have tattoos, compared to 15 percent of 40- to 50-year-olds.

Perry Smith is a Southern California attorney who specializes in employment law.

Perry Smith: The employers will be more tolerant because of their need to recruit candidates — good candidates and good employees. And because such a large percentage of the younger workforce has tattoos and piercings, they’re gonna have to accommodate these things.

Smith compares it to the gradual acceptance of long hair on men. He says as the younger generation matures in the workforce, tattoos just won’t matter.

Smith: Sooner or later the guys who have the tattoos will be making the policies and things will change.

Smith emphasizes that change is slow. He says companies still have every right to deny employment or fire people because of tattoos. Some places have specific policies prohibiting visible tattoos: resorts like Disneyland, some camps, daycare centers, police departments and the U.S. military are among them.

Even employers who are loosening their standards on tattoos prefer them small and discreet. Dr. Fardad Forouzanpour recently OK’d a new tattoo for a surgical fellow at his Beverly Hills Cosmetic Surgical Group. But, within limits . . .

Dr. Fardad Forouzanpour: As far as a workplace that you’re trying to give a professional image, I like to have — at least if it’s visible — something that is tasteful with maybe nothing that brings or offends anybody.

Which brings us back to James O’Connor, the mortgage broker. He’s in the process of getting several of his tattoos removed. He recently had the words “lose hope” taken off of his knuckles.

O’Connor adds that getting his tattoos removed will be good for business. 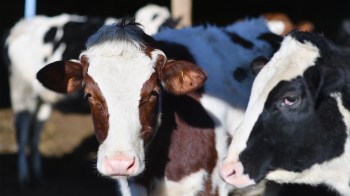