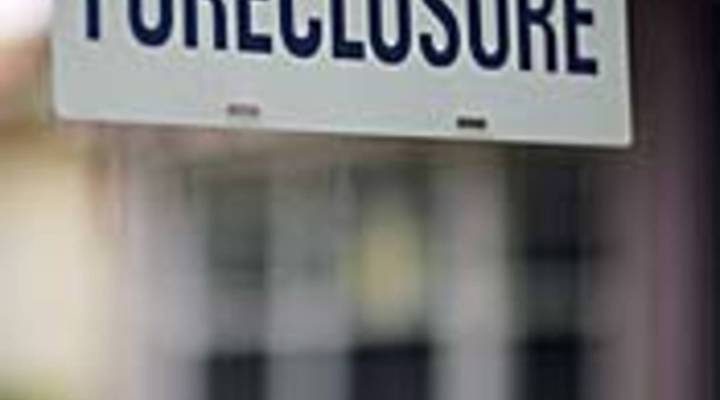 What score do rating agencies get?

What score do rating agencies get?

Tess Vigeland: There are lots of bogeymen in the subprime crisis. Lenders and brokers who handed out ridiculous mortgages, investors who bought into those mortgages, even the homeowners who signed them. And here’s another one — the credit rating agencies.

With us to explain how they fit in is Kim Clark, she’s a senior writer with US News and World Report. Hey Kim, glad to have you on the program again.

Kim Clark: Always a pleasure to be here with you, Tess.

Vigeland: Let’s talk a little bit about what exactly is the role of the rating agencies in this subprime mortgage mess? What did they do?

Clark: OK. The rating agencies are about three companies — and I do mean three, just three — that control about 95 percent of all the debt ratings in the country. And what they do is they take a look at almost every bond and they say, “Yeah, this is pretty good, this is probably gonna pay off, so we’ll rate it investment-grade,” which is triple-A, double-A, all the way down to couple of B’s, three B’s I think. Or they look at it and they say, “Wow, this is a really risky venture, we’re gonna rate it what, you know, we call junk status or below investment-grade.”

Vigeland: And we’re really talking about Moody’s and S&P, right? Standard and Poors?

Clark: Moody’s and S&P, actually, the big two, control something like 75 to 80 percent of the market. So they’re the big dogs.

Vigeland: All right, so that’s what the rating agencies do. So why are they now kind of in the middle of all the brouhaha about the mortgage mess? What was their role in all of this?

Clark: Odds are, most people are gonna pay their mortgage, right. We investors are counting on them to tell us just how risky the bonds truly are. Well it turns out that they were using models that indicated that, you know, a certain percentage of these subprime loans wouldn’t pay off. And it’s turning out maybe those were a little over optimistic.

Vigeland: This certainly isn’t the first time that the rating agencies have come under scrutiny in what’s essentially a bit of a scandal on Wall Street. When Enron imploded, everyone was like, “Wait a minute, where were the rating agencies?”

Clark: Exactly. And this points out the two or three big problems with the rating agencies. The first is how they get paid. As a result of who pays them, the issuers, they’re a little too cozy sometimes with the companies and the issuers. Secondly, they’re almost entirely unregulated. And thirdly, they don’t always do as much digging as you and I would hope.

In the Enron situation, Enron was called investment-grade until something like four days before it went bankrupt. So they were very slow to pick up on that. I think at one point, the chairman of Moody’s was on the board at WorldCom, right. So you think he would have a little inside notice as to the company’s troubles. But of course, Moody’s and S&P didn’t really pick up on that until it was a little too late. So there’s been a coziness problem, just as we’ve seen with the Wall Street analysts and the accountants. It’s the very same situation.

Clark: Some investors are very angry. But, you know, a lot of very sophisticated investors know that they were supposed to be doing their own due diligence. The credit agencies, you can go to their websites, there’s a very clear disclaimer that they placed right up front saying, look, this is just our opinion. We didn’t necessarily go look at the actual underlying loans. You know, we issued, literally, tens of thousands of ratings a year, right.

So they don’t have time to do the kind of digging that we all might like for every single one of them. So the investors kind of knew it was kind of caveat emptor, and maybe they shouldn’t have been relying on them quite as much as they did.

Vigeland: Kim Clark is a senior writer at US News and World Report. Kim, thanks again for joining us.