Doug Krizner: At the root of the problem is the meltdown in investments backed by mortgages that have failed. Let’s bring in King Penniman He is president of the bond research at KDP Investment Advisors. King, this is spreading like a brushfire.

King Penniman: The problem in the credit markets right now is clearly we’re starting to see a lot of these instruments cannot be priced. People don’t know what they are, they’re complex, they’re opaque, so we don’t think we’ve seen the bottom of this problem yet in terms of a financial crises.

Krizner: So and then how might it spill over into becoming an economic crisis?

Penniman: The economic crisis is the tightening of credit and as a result, good companies, companies that need to conduct business, can’t obtain financing that they need that would hurt the economy and its ability to expand going forward.

Krizner: Now we have seen central banks around the world beginning yesterday in Europe just pump money into the banking system to alleviate any type of stress that may be created. To what extent do you think the Fed is now pressured to move interest rates lower as soon as next month?

Penniman: I think the perception has been that the Fed likes what’s going on in terms of wringin out excess liquidity.

Krizner: I just want to understand that. So you’re saying what is happening in the financial markets is ultimately a good thing right now?

Penniman: We think that as long as it doesn’t spread out to what you’re saying — a full financial crisis — but to the extent that the excessive use of leverage, the availability of credit to people and companies that perhaps didn’t deserve it, continuing that going forward just would have made a larger mess. To the extent that we bring back discipline, we’ll actually, in the long term, we’ll create more stability and we’ll extent the economic cycle.

Krizner: How did we get here? Who is responsible for this mess ultimately?

Penniman: Ultimately, I mean the investors ultimately are responsible for the deals and the purchases that they made. People felt that they were able to structure deals, alternative strategies, private equity LBOs to try and get incremental yields. And when you started to see the unwinding in the margin calls and the unleveraging, you had forced sales and that’s what we’re seeing in the marketplace today.

Krizner: King Penniman is president of KDP Investment Advisors. Thanks very much for joining us.

Krizner Bill O’Grady is with the brokerage firm AG Edwards in St. Louis. Bill, give me a sense of how this problem built up over the last few years when interest rates were low.

Bill O’Grady: This period of aggressive liquidity injection encouraged investors to load up in areas that generally do well when liquidity is ample. Things like real estate, junk bonds, emerging market stocks. And over the past, really since about 2003, the central banks have been steadily raising rates and withdrawing debt liquidity. However, the financial system figured out how to keep that liquidity available through all sorts of repackaging of debt. Unfortunately, what appears to have happened is we have finally reached the point where people that thought they were buying debt that was very high-quality turns out it wasn’t nearly as high-quality as they thought it was.

Krizner: But give me a sense of what you think the ramifications may be. I mean, here we have country-wide financial warning of unprecedented disruptions. What are they talking about, and what could we be seeing as we look to the future?

O’Grady: Well what happens is, keep in mind that lending money or investing requires a certain degree of confidence. If I’m lending money to you, I have to believe you’re going to pay me back. And now, you’re starting to have concerns that you won’t be able to. Thus either I’m not going to lend you the money, or I’m going to lend you the money at increasing higher rates. And that’s what we’re starting to see.

Krizner: So the credit rating agencies then, and I’m speaking about Moody’s and S&P, do they bear any responsibility in this at all?

O’Grady: Well, it’s a little bit like when person puts on a pair of jeans and then says, “Does this make my rear end look large?” People heard what they wanted to hear. Yes, the credit-rating agencies probably bear some responsibly, but the credit-rating agencies always say, “Look, we are basing this on what we’re being told by the person packaging this loan.” And you know, there’s an old adage, if it sounds like it’s too good to be true, it probably is.

Krizner: And we’re finding that out in a big way. Bill O’Grady of AG Edwards in St. Louis. Thanks very much for speaking with us. 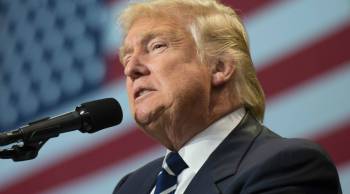