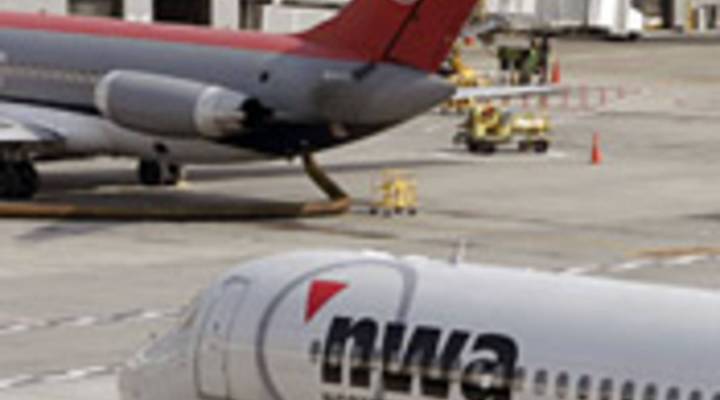 Scott Jagow: If you’ve flown Northwest lately, chances are you’ve run into problems. The airline has canceled hundreds of flights this summer because its pilots have been calling in sick. They haven’t been feeling well because of an agreement they struck with management while Northwest was in bankruptcy. Now, it appears, the two sides have found a cure. More now from Stacey Vanek-Smith.

Stacey Vanek-Smith: Northwest Airlines filed for bankruptcy two years ago. Back then, one of the deals it cut raised the cap on the number of hours pilots could fly per month from 80 to 90.

Under the new deal, pilots would get overtime pay for flying more than 80 hours a month. They would also get bonuses of up to $1,000 for perfect attendance.

Richard Aboulafia: Because no matter what agreement they came to, it’s going to be better than labor unrest because that could really poison the financial outlook for any kind of airline.

Aboulafia says the airline’s been doing well since emerging from bankruptcy in May. He says troubles like these are to be expected.

The airlines, of course, are trying to keep their usual schedules. But they’ve cut back spending on both equipment and personnel to the bare minimum. So inevitably you’re going to see some shortfalls and gaps appear in the system.

Northwest and its pilots are expected to sign a deal this weekend.