What did we say?

What did we say?

Kai Ryssdal: It is letters time again. And first up this week, a response to our interview with Matt Weiner. He’s the creator and executive producer of the new television series “Mad Men,” about the advertising industry circa 1960.

Michael Dolan’s a journalist and the author of the book “The American Porch.”

Michael Dolan: All due respect to Matt Weiner, when he described in last week’s broadcast how advertising was changed by the entry into that business of “ethnics — Jews, Italians,” he left out the most important and defiantly ethnic advertising man in history, George Lois — the in-your-face son of Greek immigrants and progenitor of the “Think Small” campaign for Volkswagen that Mr. Weiner correctly cites for its epoch-making influence.

I had a conversation a couple of weeks ago with John Pike of the website GlobalSecurity.org. We talked about the future of robotics and warfare — a conversation that made quite a few listeners, like Ben Gross here, uneasy.

Ben Gross: I’m not a Luddite. I’d be lost without my computer and could not conceive surviving summer without air conditioning in my office, home and car. But do we really need to develop Terminators and Robocops that, in Pike’s words, “will kill without pity and without compunction”? What moral and ethical line has our society already crossed if we seek to eliminate the last bits of humanity from the conduct of war?

Big food and beverage makers took the hint last week and came up with some new rules for how they’ll market to kids. With television ads, specifically. Alison Dainty of Long Beach, California, wrote to highlight something she felt our story glossed over.

Alison Dainty: If people are pointing to Cap’n Crunch and saying he’s the reason their child is obese, then this country has more problems than I thought. I didn’t realize this new generation of breadwinners is under the age of 12, and that it’s their responsibility to purchase groceries. Where are the parents here?

Hannah Nordgren is a fashion designer here in Los Angeles who does a lot of business with Chinese vendors. She says she can relate to Scott Tong’s experiences setting up shop somewhere else.

Hannah Nordgren: The golden rule of working with overseas vendors, I’ve found, is assume nothing! Dot all your I’s and cross all your T’s.

And one last thing. Last week we mentioned a story about Nestle and we suggested KitKat bars are their product. We got some corrections on that so we double checked. Hershey’s does distribute KitKat here in the U.S. But it’s licensed from Nestle. 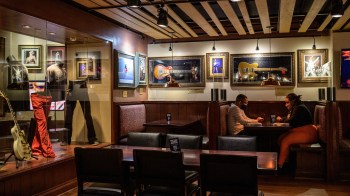