Scott Jagow: Now let’s go way down South, to Argentina — it snowed last night in Buenos Aires. The city hasn’t seen snow like this since before Eva Peron was born. From the America’s Desk at WLRN, Dan Grech reports.

Michael Casey: Big industries have been shut down. There’s been paralyzed auto plants, and outages in commercial centers and shopping centers and so forth.

The government has forced 4,000 companies to curtail electricity use, and it’s applied gas restrictions to about 900 businesses. I’m Dan Grech for Marketplace. 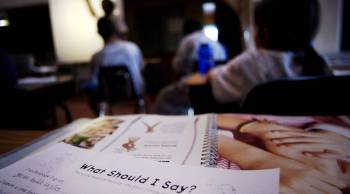