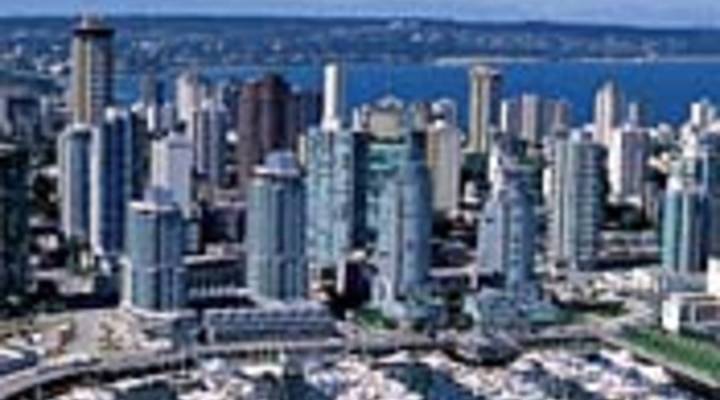 KAI RYSSDAL: The immigration bill that collapsed in the Senate last week had one aspect of special interest to high-tech companies. It was a provision to nearly double the number of H-1B visas that are issued. H-1B’s are the visas that highly skilled workers get. Visas that often lead to green cards and eventually citizenship.

Today we had what might be the first corporate reaction to the demise of immigration reform. Microsoft announced it’s expanding operations in Vancouver, Canada. The company said the move is meant to attract talent and to avoid U.S. immigration rules.

STACEY VANEK-SMITH: Bill Gates has long said easy access to a skilled workforce was paramount for the U.S. tech sector.

BILL GATES: It speaks to whether the country can stay in the very strong leadership position that it’s in today.

Last year, Gates told Congress that Microsoft and other tech companies would be forced to move jobs abroad, if the U.S. didn’t raise the cap on visas for skilled workers.

Today, it seemed Microsoft made good on that promise, with plans to open a software development center in Vancouver, Canada — just a few hours’ drive from its Redmond, Wash., headquarters.

Canada’s immigration laws are much more relaxed than those in the U.S.

Rob Enderle: It provides an example for other firms. In fact, it certainly opens the door for firms when they’re first launching, rather than launching in the United States, to avoid the problem, they just launch in Canada.

But not everyone is convinced that more skilled worker visas are the solution. Ron Hira is a professor of public policy at the Rochester Institute of Technology. He says the H-1B visa system is corrupt and expanding it would only do more damage to U.S. tech workers.

Ron Hira: The major users of the H-1B program are the offshore outsourcing firms. And loopholes in the law allow companies basically to pay below market wages, so they get cheaper labor.

Hira says if Microsoft truly wants to ensure a healthy I.T. workforce in the U.S., it should focus on reforming the skilled worker visa program.