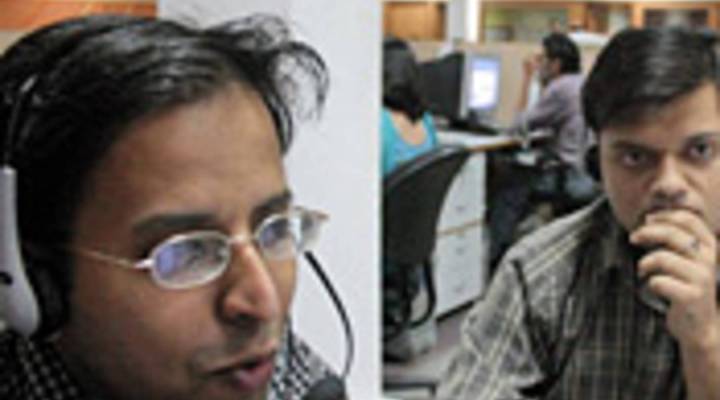 COPY
Workers at a call center in India Getty Images

Scott Jagow: India is a fine place to get a job right now. A report out this week says the country’s tech and service sectors are growing at a rate of 30 percent a year. Of course, a big chunk of that investment is coming from U.S. companies. Stacey Vanek-Smith reports.

Stacey Vanek-Smith: Technology now makes up more than 5 percent of India’s GDP. A report from the National Association of Software and Services Companies says tech has generated employment for more than 7.5 million Indians.

The effects have been more mixed stateside. Since 2000, it’s estimated nearly a million U.S. jobs have been lost to outsourcing.

Ed Gresser: What I think would be a mistake is if we begin sort of resenting foreigners and blaming them.

Trade expert Ed Gresser is with the Progressive Policy Institute. He says India’s growth has been a boon for a lot of U.S. industries as newly wealthy Indians flex their spending muscles.

Gresser says outsourcing is just part of our economy’s evolution.

Gresser: India is good at what it does. We have to accept that and internalize it and figure out, how do we do better. If their success can be kind of a prod to us to improve our own performance, then it would be a win-win.

Mastering the situation is essential. By 2010, it’s estimated that 60 percent of US companies will outsource some of their services.