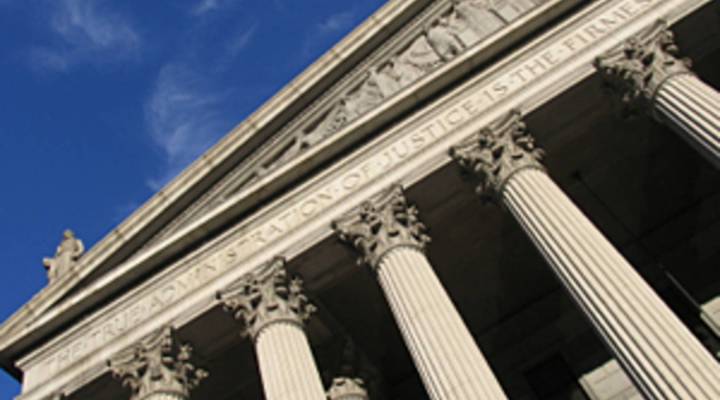 The changing face of investor lawsuits

The changing face of investor lawsuits

TESS VIGELAND: If you’re a corporate executive, it’s been a good year for Supreme Court decisions. If you’re an investor, not so much.

In the most recent ruling, investors claimed a tech company called Tellabs gave a false picture of the demand for its products in order to boost its stock price. The court said the lawsuit could only go forward if there was compelling evidence of the company’s intent to rip off investors.

Joining us with the details is Eric Talley, a professor of law at Berkeley.
Eric, what’s different now?

ERIC TALLEY: Well now, to bring one of these suits forward, a shareholder investor has to be able to claim that the story she’s telling – connecting the facts to the fraud – is a compelling story. It’s at least as believable as other more innocent interpretations of those facts.

VIGELAND: So, it sounds to me like the Supreme Court is saying that a company can respond to a lawsuit that accuses it of fraud by saying, “Hey, you know what, I didn’t know this was going on.” And then the investors who are suing have to have a good case that says, “No, they actually did know.”

TALLEY: That’s exactly right. And one of the important things about this opinion is that it front-loads this inquiry. Usually, that’s something that gets argued out anyway when you get to litigation. But now, this is gonna be right out of the starting blocks in a lawsuit. And so, the shareholders are gonna have to fend off a bunch of these potential excuses. It’s gonna give dependents, or the companies, a large incentive to try to make more of these plausible excuses, again, right at the time the complaint is filed.

VIGELAND: Does that mean that an investor is really gonna have to have a smoking gun?

TALLEY: It certainly suggests that some investors aren’t gonna be able to go forward where they might have been able to go forward before. The court didn’t go as far saying “You have to have an absolute, dead-center smoking gun.” All it said is that has to be as good as any other story. Most of these cases will end up going forward, but the far-fetched, fanciful story is probably not gonna pass muster anymore after this ruling.

VIGELAND: So, what does this ruling mean to, for example, cases that we’ve heard about for the last several years – with Enron and WorldCom, Adelphia – where investors are trying to get back some of the enormous amounts of money that were lost in those frauds.

TALLEY: Well, cases that are still alive are still probably gonna be able to use this Supreme Court case. But one of the things to remember about recent shareholder ligitation – particularly the big cases – they’re complex cases. There are a lot of theories at play, and the likelihood that it’s gonna be something other than a tie actually is probably smaller than you think. A lot of times, when judges confront a fairly complex set of facts, they might just want to learn a little more, and declare it a tie and say let’s go forward into discovery.

VIGELAND: What does this more recent ruling, this TelLabs ruling, tell us about where the court comes down on investors versus the companies that they’re investing in? There was a case, I believe a few weeks ago, where the justices essentially said that the banks that were underwriting all of the dot-com IPOs back in the ’90s weren’t responsible for the fact that some of those dot-coms went under.

TALLEY: I think it’s fair to interpret this term’s court opinion as being somewhat more friendly towards companies, and less friendly to at least the shareholders who are making complaints. But this is a complex terrain. Remember, meritless lawsuits cost all sorts of investors money, because it’s the companies that ultimately have to pay for ’em, and it gets taken out of the shareholder’s return. So in some sense, shareholders are probably routing for a rule that routes out meritless cases. On the other hand, it may also weed out a number of meritorious cases – ones that really had value and that could have deterred insiders at companies from perpetrating frauds.

VIGELAND: Is it fair to say, with these recent rulings, that the court seems to be sticking it to the little guy?

TALLEY: It’s hard to say. I think that there is a sense in which the court’s view is that litigation is expensive. And that not only hurts the big guy, but it may hurt the little investor as well. So I think there are some people who would say this may not be too harmful to the little guy. On the other hand, you have to believe a particular story about the effects of litigation in smaller investors. How you interpret that fact, again, is something that’s still part of the public debate, and probably isn’t resolved.

VIGELAND: Eric Talley is co-director of the Berkeley Center of Law, Business and the Economy. Eric, thanks as always for helping parse this out for us.

TALLEY: It was a pleasure, as always.