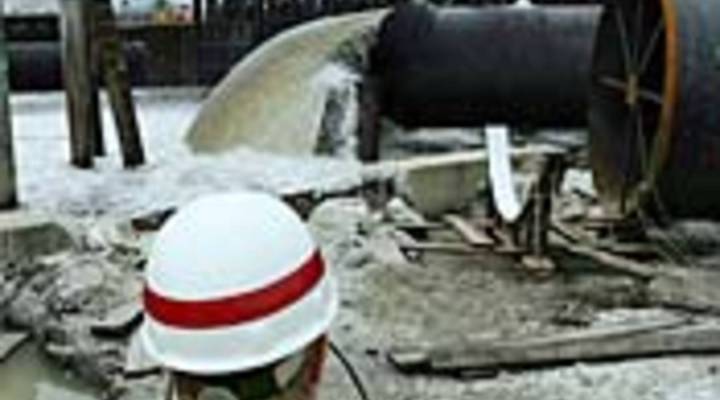 COPY
The Army Corps of Engineers tests pumps on New Orleans' 17th Street Canal floodgates in May. A breech in the canal's levee flooded the Lakeview area with more than 10 feet of water in the aftermath of Hurricane Katrina. Mario Tama, Getty Images

The Army Corps of Engineers tests pumps on New Orleans' 17th Street Canal floodgates in May. A breech in the canal's levee flooded the Lakeview area with more than 10 feet of water in the aftermath of Hurricane Katrina. Mario Tama, Getty Images
Listen Now

Tess Vigeland: Almost two years and more than a billion dollars later, parts of New Orleans are still vulnerable to floods that could wipe out large swaths of progress made since Hurricane Katrina.

The Army Corps of Engineers has released a report and maps showing that while some neighborhoods are benefitting from stronger levees and pumps, others — including the embattled Lower Ninth Ward — could again find themselves underwater.

Lieutenant Colonel David Burczek is a project manager with the Army Corps, and has been talking to residents about who’s at risk.

Lt. Col. David Burczek: Typical first question was, are we safer? And the model can show . . . the model will definitely show that where . . . in the areas where the work has been completed, we have reduced the level of risk.

Unfortunately for some homeowners, the maps are a bit tardy. They’ve already started building in areas now shown to face potential flooding despite the ongoing repair efforts. And insurance companies are likely to use the report to help determine coverage and premiums.