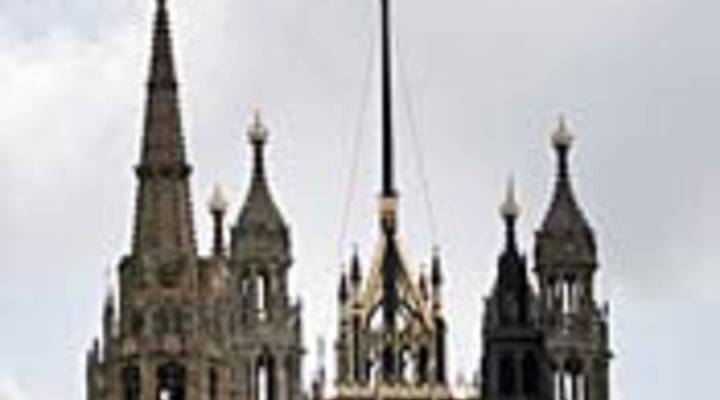 U.K. puts private-equity on the hotseat

U.K. puts private-equity on the hotseat

Tess Vigeland: Executives from five of the world’s largest private equity firms parked themselves in hotseats at the British Parliament today. It was the second hearing into how those companies are taxed on the enormous profits they make in corporate buyouts.

Many in Britain and the United States are calling for those firms — including familiar names like Kohlberg Kravis Roberts, the Carlyle Group and the Blackstone Group — to pay far more than they now do.

Joining us to talk about today’s doings in Parliament is Francesco Guerrera.He’s the U.S. Business Editor at the Financial Times. Mr. Guerrera, welcome to the program.

Vigeland: Tell us a little bit about what the frackus is here. What are people so upset about when it comes to the kind of taxation that is being placed on private-equity deals?

Guerrera: The issue here — both in the U.K., Europe and in the U.S. increasingly of late — is the fact that there’s a perception out there that private-equity executives, these new masters of the financial universe, are not paying enough taxes. The issue is exascerbated by the fact that private-equity groups have experienced an unprecedented boom in the past two years. And so, some of these executives are among the richest people on the planet at the moment.

Vigeland: They are paying some tax, right?

Vigeland: What kinds of questions did we hear today from this committee in Parliament, and what was the tone of the debate?

Guerrera: Well, I think . . . I don’t know how many of your listeners are familiar with these debates in the U.K. Parliament. U.K. Parliament is a pretty quaint place, just in terms of architecture. And the people who sit there are, some of, if you like, the intellectual elites of the U.K. And they love asking kind of clever, witty questions. So a lot of the tone was very sarcastic and witty, and they were asking effectively why is it that you should be paying less taxes than, you know, your chauffeurs. Why you should be paying less taxes than your maid, you know. And you know, the point was clear. The point is, why is it that you rich people should have tax advantages?

Vigeland: And what was the answer?

Vigeland: What can this committee actually do? And what happens, really, if they decide to change tax rates?

Guerrera: You know, there’s a long road between a committee hearing and a change in the tax code in the U.K. and in the U.S. But what this does, though, it throws the spotlight on private-equity, raises the political temperature. And as we all know, I mean, in politics, things can snowball pretty quickly.

Vigeland: And how does the debate in the U.K. potentially affect U.S. private-equity?

Guerrera: Yeah. The U.S. private equity industry has been somewhat shielded from the furor that went on in Europe. Let’s remember, this all started in Europe, with trade unions in countries like Germany and France accusing the private equity firms of shedding jobs and cutting costs and making people unemployed. It then moved to the U.K. with this tax issue. Here in the U.S., a lot of the, for example, the union penchant funds are invested in private-equity. So they have somewhat a different attitude at private equity. Because they have a stake in their success and they have, to be honest, they have actually

reaped some great rewards from being invested in private-equity, which then had flown through to their penchant funds, and they’re penchantless. So it’s a much more symbiotic relationship here.

Having said that, last week, for the first time, we saw a very similar issue to the U.K., one being raised by two very powerful senators — Max Baucus and Chuck Grassley of the Senate Finance Committee. And they are proposing closing a tax break that has been enjoyed by private-equity groups as well. And again, it’s a proposal, but it’s already gaining a lot of publicity and a lot of noise on the Hill. And again, there is a chance that this may become law one day.

Vigeland: All right. Francesco Guerrera is the U.S. business editor for the Financial Times. Thanks so much for coming in.