When the sex of the borrower matters

When the sex of the borrower matters

TESS VIGELAND: Some 5,000 miles from Carmen’s store in Ecuador, women in the West African nation of Mali are getting help from another microfinancing program.
This one doesn’t rely on individual lenders. Instead, it’s led by a large organization. But it’s much tougher to hand out loans in societies where women have very little power – including over money.

Matthew Algeo reports on efforts to change that ancient and some would say unfair tradition.

MATTHEW ALGEO: A bank cashier carefully counts her till in a small Malian village near the Burkina Faso border. It’s a scene typical of any bank, but this is not a typical bank.

It’s one of 11 so-called microbanks scattered across Mali and operated by the international charity World Vision. The banks make low-interest loans as small as $10. Borrowers can use the money to invest in anything from goats to grain.

Charles Coulibaly runs the program. He says nearly all the loans are made to women:

CHARLES COULIBALY (voice of interpreter): World Vision’s primary focus is the well-being of children. If we really want to take care of children, we have to do it through the mothers. When women have an opportunity to gain money, the first thing they think of is their family and their children.

World Vision has had to overcome cultural barriers in each of the 40 countries where it runs microlending programs. But in Mali, those barriers are especially high. Malian society is patriarchal – and that’s putting it mildly. Polygamy is legal, and by law only a man can be chef de famille – the head of a household.

So, Charles Coulibaly explains, the women who borrow money from World Vision have to promise to keep it for their own use, and not give it to their husbands.

COULIBALY: We do have a problem sometimes in marriages because of this system. Because many of the men think more of their own needs when the money comes in. As a result, it sometimes affects the couple’s relationship.

About two years ago, Veronique Yara borrowed $100 from World Vision to buy some 50-pound bags of peanuts, which she resold to her neighbors. With more loans, Yara expanded her business to include beans, rice and a grain called millet. Now, she’s branching out into pigs and chickens, which roam free outside her tiny, mud-brick home.

The money has also helped Yara open a shop – for her husband to run.

The store is about as big as a garden shed, with a dirt floor and just three shelves lining the back wall. It sells staples, like sugar and flour, as well as treats like penny candy.

Amos Yara admits he had some reservations about his wife’s business ventures at first. But now, his doubts have vanished, and Amos says he doesn’t mind letting his wife manage the family’s finances.

AMOS YARA (voice of interpreter): Before she got the money, I had nothing to do. Now I have this shop, and we are planning to build a new house.

World Vision’s microlending program in Mali has succeeded even beyond the charity’s expectations. Last year, more than 8,000 women borrowed an average of $111 each, and 95 percent of those loans were paid off.

The program has helped women come a long way in Mali, but they still have a long way to go. For example, a wife is still not legally entitled to her husband’s property when he dies. Women’s groups are currently lobbying the Malian government to change that law. 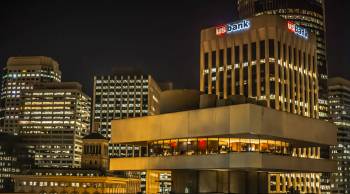 A new option for cash-strapped borrowers