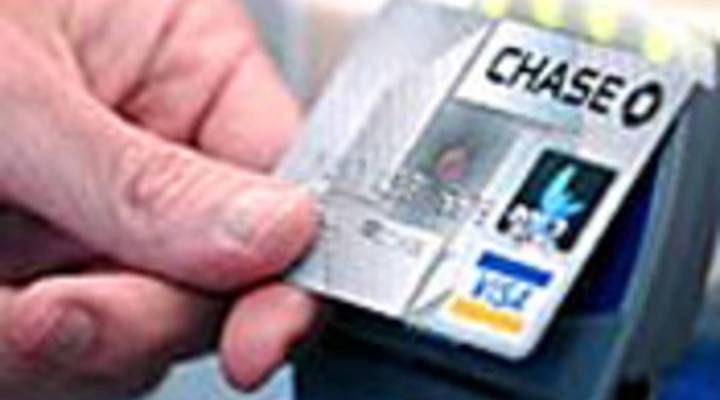 Your credit card statement may be getting clearer

Your credit card statement may be getting clearer

KAI RYSSDAL: It sounds like something out of a spy movie, but it’s actually a good deal less sexy than that. Arguably more important, though.

Regulation Z is one of the rules that governs credit in this country. It’s part of the Truth in Lending law. And for the first time in more than 25 years, the Federal Reserve has proposed some new rules about credit cards and how consumers can find out what they need to know.

Marketplace’s Tess Vigeland is here to fill us in. Hi, Tess.

RYSSDAL: So what is the Fed gonna do here?

VIGELAND: Well, the Fed has proposed several changes to the way credit card companies disclose the terms of your agreement. Right now, for example, they can give you just 15 days’ notice before they jack up your interest rate. And quite often, you don’t necessarily know that it’s happened unless you look in those really teeny-tiny fine-print flyers that come in the statement. This would require that the companies give you 45 days’ notice. And the benefit of that is that if you’re anticipating a higher interest rate, you could potentially, for example, go and transfer to a different card.

RYSSDAL: Is it going to do anything for actual interest rates, though?

VIGELAND: It could, potentially. Especially regarding the fixed interest rate that you are often promised by your credit card. Technically, it’s not like a mortgage, where the rate is truly fixed for 10, 30 years. On a credit card, they can change what is called a fixed interest rate. And what this would require credit card companies to do is to tell you how long you are actually going to get that percentage.

RYSSDAL: All this presupposes that consumers, when they get their credit card bill, do something other than take the statement out, put it in the “bills to be paid” pile, and then chuck all the rest of it. I mean, I don’t know about you, but I don’t read any of that other stuff.

VIGELAND: I don’t either.

RYSSDAL: Is it going to be, somehow, more obviously disclosed to us?

VIGELAND: It will. One of the other proposals is that any change to the terms in your agreement actually be on the top of your statement, above the list of all your purchases. So the first thing you would see on your statement is that your interest rate is gonna go from 9.9 percent to 30 percent, for whatever reason.

So you wouldn’t have to necessarily go through that teeny-tiny brochure that sometimes comes with the statement.

RYSSDAL: Congress is doing some things on credit cards and rates and notification as well. How is that different from what the Fed’s doing?

VIGELAND: What the Fed is dealing with is really the disclosure of changes to your agreement. They want it to be very clear to you what your interest rate is and what changes have been made to your agreement. What Congress is looking at is actually outlawing some of the practices that credit card companies do. For example, the big one is universal default, where you’re late or you don’t make a credit card agreement on one card, and all of a sudden your interest rates on all your other credit cards go out. They’re looking at potentially outlawing that. So it’s really a matter of disclosure versus outlawing some of the practices.

RYSSDAL: This, what the Fed is doing, is a rule, not a new law — so the public gets a comment period, right? None of this happens right away.

VIGELAND: They do, yes. They have 120 days to comment. I’m sure we’ll be hearing from the industry and from consumer groups and consumers themselves. After that, the Fed could potentially change some of these proposals. We probably won’t see anything until early next year, but at least, perhaps, there’s a light at the end of the tunnel for consumers who are very frustrated with their credit card companies.