KAI RYSSDAL: It’s a big night on American Idol tonight. Two of the six finalists will be going home — pretty much guaranteeing another Nielsen-shattering audience for that broadcast. But let me ask you this: Would it be half as much fun to watch if the FCC tried to impose its standards of good taste?

Welcome to “Happy Boys.” It’s China’s second try at a national talent show. Last year’s “Super Girls” was a little wild, I guess. And sponsors are hoping the sequel will be just as profitable. Donna Renae reports now from Beijing

Super Girls had all the hallmarks of the Fox TV version: sarcastic, egotistical judges, vicious gossip, big hair, and about as much talent as a grade school choir.

And just like American Idol, people either loved it or hated it.

MALE VIEWER: I don’t like the show, but I understand their dreams. They are the dream of being a star, and they work hard for them.

FEMALE VIEWER: I think it’s stupid. Sorry to say, because you know, they sound so, so bad. They wear strange clothes and they look terrible.

Capturing last season’s title was a husky-voiced 21-year-old named Li Yuchun. Three-and-a-half million fans from all over China voted for her via text message.

But the real winner was Hunan Satellite TV, which raked in more than a hundred million yuan — roughly $12.5 million. And yogurt sales for the program’s sponsor, the Mengniu Milk Group, reportedly jumped 270 percent.

Not so thrilled: government censors. As a result, “Happy Boys,” the new male version of the contest, will contain no harsh criticism, weepy fans, vulgar songs or other unspecified weirdness. Chinese leaders hope “Happy Boys” will become the model reality show for a more virtuous, free-market China.

Some Peking University students say it just may work.

ANOTHER FEMALE STUDENT: I think the point is making money, and make it safe. Yeah, it may lose some audience, but it still can make money.

Peking University communications professor Wu Jing says officials felt obliged to get involved in the franchise after complaints from parents and educators.

WU JING: I don’t think there’s real conflict here. But the government needs some cultural authority, needs to do something to show that they’re not just the head of commercial television. They are building a good, harmonious society.

But Wu doubts bureaucrats at the State Administration of Radio, Film and Television — the Chinese version of the FCC — have the power or the desire to really get in the way of such a huge moneymaker.

WU: Their only power, in theory, is to shut down the television station. And I don’t think they would do that. They might be secretly happy about what the stations have turned out and contributed to the profit. So they are just paper tigers, I think.

Professor Wu predicts if “Happy Boys” raises any eyebrows at all, it’ll be because they look like a bunch of girly men.

WU: For the boys’ show, I would guess that the controversy would be that most of the boys are too womanized — feminine, rather than masculine. 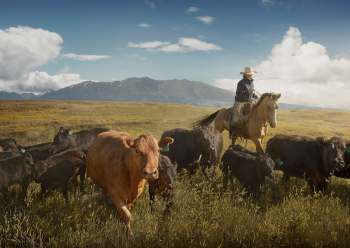 “Women’s Work,” the book that wants to show all work is women’s work