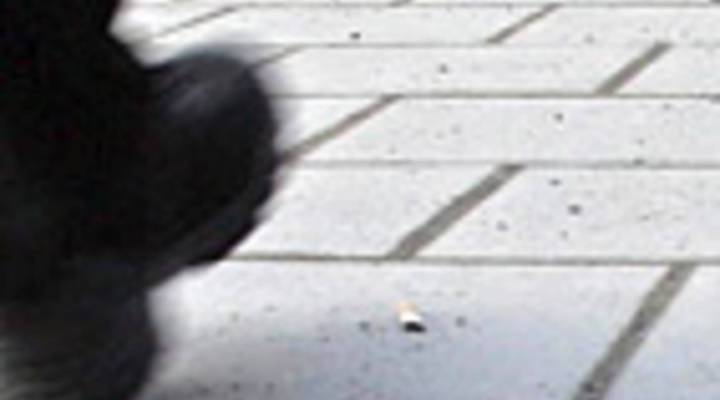 Where the concrete sidewalk ends

Where the concrete sidewalk ends

MARK AUSTIN THOMAS: Sunday was Earth Day, a day when we all take a little time to see what we can do for the planet. A lot of the changes we can make are right under our noses — or feet. Cracked and buckling sidewalks cause a lot of problems for cities, including lawsuits and maintenance costs. But cities have found a green solution that could save money and deal with aging trees at the same time. From the Marketplace Sustainability Desk, Nancy Farghalli has the story.

NANCY FARGHALLI: Richard Valeriano’s job is to police the streets in Santa Monica. Be on the lookout for a certain bad element.

RICHARD VALERIANO: We have 3,000 ficus trees and they are the worst offenders.

VALERIANO: The tree root systems are so invasive that you can put a brand new sidewalk in and then three to four years later you’ll have to rip it out and put in a new one.

So in 2000, Santa Monica installed some rubber sidewalks.

More than 60 cities have replaced poured concrete with rubber.

And they come from one Southern California business, Rubber Sidewalks Inc. The company turns used tires into rubber panels.

Those panels weigh around 54 pounds so nationwide shipping is expensive. But the rubber is modular, so you don’t have to rip out the sidewalk to deal with tree roots.

For instance in Santa Monica, the labor cost of replacing concrete is almost eight times more expensive than maintaining rubber.

And you can go black or light gray like the sidewalk color under this skateboarder at Virginia Avenue Park in Santa Monica. Angela Larson says she can’t see the difference

She brought five kids to the park

LARSON: I wouldn’t know by looking at it. Looks the same to me, except they are smallish squares.

Those small squares are headed for big business. Rubber Sidewalks Inc just opened a facility to serve cities in the Midwest and Northeast.