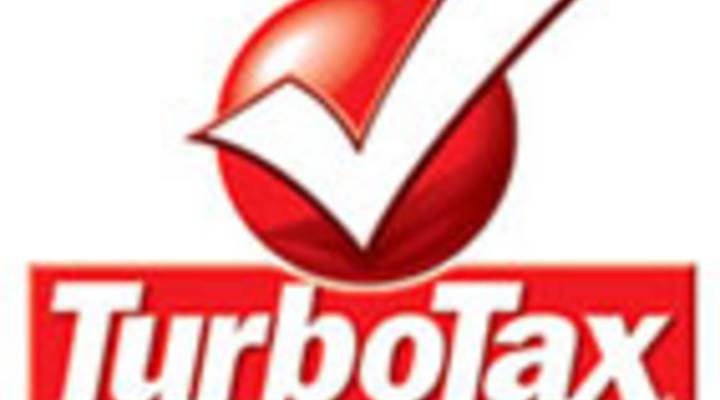 TESS VIGELAND: We mentioned in the numbers that Research in Motion’s Blackberry e-mail devices crashed for more than 10 hours overnight.Blackberries — also known as “Crackberries” for the addictive and annoying behavior they spawn — were back up and running this morning, glory be.No word on how much extra sleep and personal time the outage caused for users.

Speaking of technology breakdowns, if you thought we were done talking about taxes this week, you were wrong. Last night, in addition to all those people crowding their local post office, last-minute filers using TurboTax and other software flooded computer servers. Some of them crashed and caused customers to miss the midnight deadline.

Our Washington bureau chief John Dimsdale joins us with the details. Hey, John.

VIGELAND: So, are you one of the folks who wasn’t able to do your last-minute online filing last night?

DIMSDALE: I waited pretty late, but I got mine in on Sunday. So I was not one of the ones who turned out didn’t get confirmation yesterday that their e-filing went through when they were using TurboTax. It usually is supposed to just take minutes, and it turned out that people began yesterday learning that they weren’t getting the confirmation that their tax was filed with the IRS. And I asked Intuit spokesman, Harry Pforzheimer

, what caused the rush?

HARRY: We’re seeing the tax season get later and later in year and more and more procrastinators. So the combination of consumers as well as accountants who, you know, would drop off batch filings for their many customers just put strains on the system.

VIGELAND: All right. And Intuit, of course, the maker of TurboTax. What’s the IRS telling people? It sounds like the IRS is actually in a forgiving mood.

DIMSDALE: They are. People who were unable to e-file yesterday using Intuit TurboTax software have until midnight Thursday, April 19, to file their returns. This is potentially helping several hundred-thousand last-minute tax filers who were affected by these server problems last night.

VIGELAND: Is TurboTax saying anything about whether the people who weren’t able to file on time will get some sort of refund from Intuit?

DIMSDALE: They’re not saying that. If you’ve done your taxes online, calculated your taxes online, it’s a one-price for both filing and calculating your taxes. And it’s not broken out, so there aren’t refunds for that. If you use the software on your own computer, it’s a $16.90 fee for filing electronically. And potentially, there could be a refund of that. But they’re still in the talking stages.

VIGELAND: Well, we do hear from the IRS that they prefer all of us to use electronic filing. But of course, it costs money, there are all these risks of technical problems that we’ve just seen. Any chance that the IRS would expand its offering of electronic filing through the agency?

DIMSDALE: Yeah, they now offer free-file for taxpayers who earn less than $52,000 a year — which is 70 percent of all filers. But beyond that, the IRS has a policy of encouraging the private sector to innovate and develop new ways of e-filing. And so they want to keep that in the private sector, which allows companies like TurboTax to charge for e-filing.

VIGELAND: John, do you know if we’ve ever waited until April 19 for a tax day? Is that the latest it’s ever been?

DIMSDALE: As far as I know, that’s the latest it’s ever been. Even April 17, because of the holiday in the District of Columbia, was a late filing time. It’s usually, as you know, April 15.

VIGELAND: All right, well, benevolence from the IRS. Who knew?

VIGELAND: By the way, for those of you who still don’t file on time, the Tax Man won’t be coming after you. At least not the actual one. Mark Everson is leaving his post as IRS commissioner to lead an organization whose benevolence is in its charter. The American Red Cross announced today that Everson accepted a position as its new chief executive.