SCOTT JAGOW: There’s already so much coverage of the presidential race, you’d think the election was this year. It’s still 19 months away, just to remind you. The candidates have already raised tens of millions of dollars. Commentator Newt Gingrich believes starting this early isn’t a winning strategy. It’s a pay-the-consultants strategy.

NEWT GINGRICH: You know, candidates like John F. Kennedy, Ronald Reagan and Bill Clinton announced their runs just a few months before the start of primaries.

Why? A large part of it is because of the rise of political consultants as a professional and business class. Longer campaigns mean more money for consultants, which necessitates more time to raise money, which means more time to pay consultants.

But the truth is, in today’s fast-paced world, campaigns should be taking less time and money, not more.

We live in the age of 24-hour cable news, blackberries, blogs, iPods and websites that allow spontaneous grassroots organization independent of campaigns.

To distinguish themselves in this kind of media environment, candidates don’t need time and money. They just have to be bold, which is what consultants hate.

Consultants prefer that candidates be risk-averse and narrowly-focused. And if they can’t focus group an issue to death first, consultants would rather avoid it.

Since so much is happening in the world, it takes longer to get that safe, narrow message out in the fast-paced media environment.

But look, the world is getting more and more complex. A leader doesn’t have time to poll test their decisions. He or she has to be certain of their core beliefs and know enough about all the issues to apply those principles quickly.

Narrowly-focused, consultant-led campaigns are no way to see how a candidate would lead if elected. It bears almost no relation to the job in office.

And it actually shrinks the candidates — who are remarkable men and women — in the process.

So, here’s some free advice to presidential aspirants: Put your consultants on indefinite leave. Say what you think and be yourself, instead of the poll-tested candidate you’re being told to be. 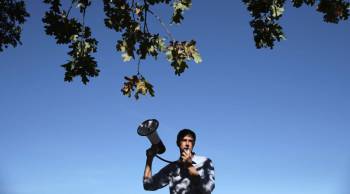 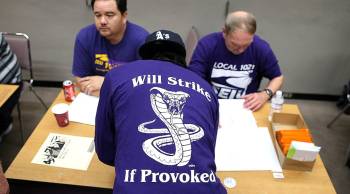