PR 101: Timing really is everything

PR 101: Timing really is everything

LISA NAPOLI: This morning when I got to work, my inbox wasn’t as crammed as it usually is with news releases. Turns out there’s a reason for that. Ramy Inocencio investigates.

RAMY INOCENCIO: What’s the news value of a day of the week? In relative terms, Mondays are usually more valuable than Fridays for good news.

KATIE CONOVER: Monday tends to be, particularly here in Washington, a slower news day, so it’s probably the best day.

The converse: Fridays and the weekends are rugs under which bad news is swept.

CONOVER: As you get into Friday though as you know news is often, becomes sort of buried as people head into the weekends they are paying less attention and the chances of your story really being picked up and noticed are slim.

But that’s just the most basic rule of thumb used to calculate value.

And don’t forget Saturday and Sunday.

MAGGIE FITZPATRICK: If you’re releasing good news, some folks in the public relations industry claim that Sunday is the new Monday, that you work the story on a Sunday to try to get in the Monday morning news.

That’s Maggie Fitzpatrick, senior vice president of APCO Public Relations. She says days of the week aren’t the only factors that must be taken into account to figure out a day’s worth for a client.

FITZPATRICK: With the onset of the Internet and the 24-hour news cycle, the constellation of media is much more complex.

And that zooms in to time segments for any given day — morning, afternoon, evening.

If you’re listening to this live, you’re likely on your morning drive to work right now. For radio, this time of day is where the money is.

FITZPATRICK: When most people are commuting from their work places to their homes or vice versa, that’s a very good, what we call in PR parlance, a money placement.

FITZPATRICK: If you are a CEO of a multinational company and if you have a front page placement above the fold on the Wall Street Journal that’s what we call a money placement. Highly valuable.

FITZPATRICK: And by that we mean a placement with CNBC on Power Lunch, a placement or guest appearance on Bloomberg Television.

The value of time in politics is the inverse: Weekends are the best days for good news.

One prime example of this was Senator Hillary Clinton’s announcement of her presidential exploratory committee. The date was January 20, 2006 — a Saturday! Katie Conover of Ogilvy:

KATIE CONOVER: Her goal was clearly to insert her story into the Sunday talk shows, so releasing on a Saturday made sense. By releasing then, it becomes fresh news and fresh fodder for those discussions.

So it’s evident, when it comes to timing, that every little thing counts. And timing is still everything. 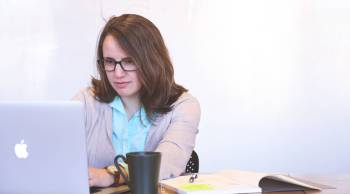